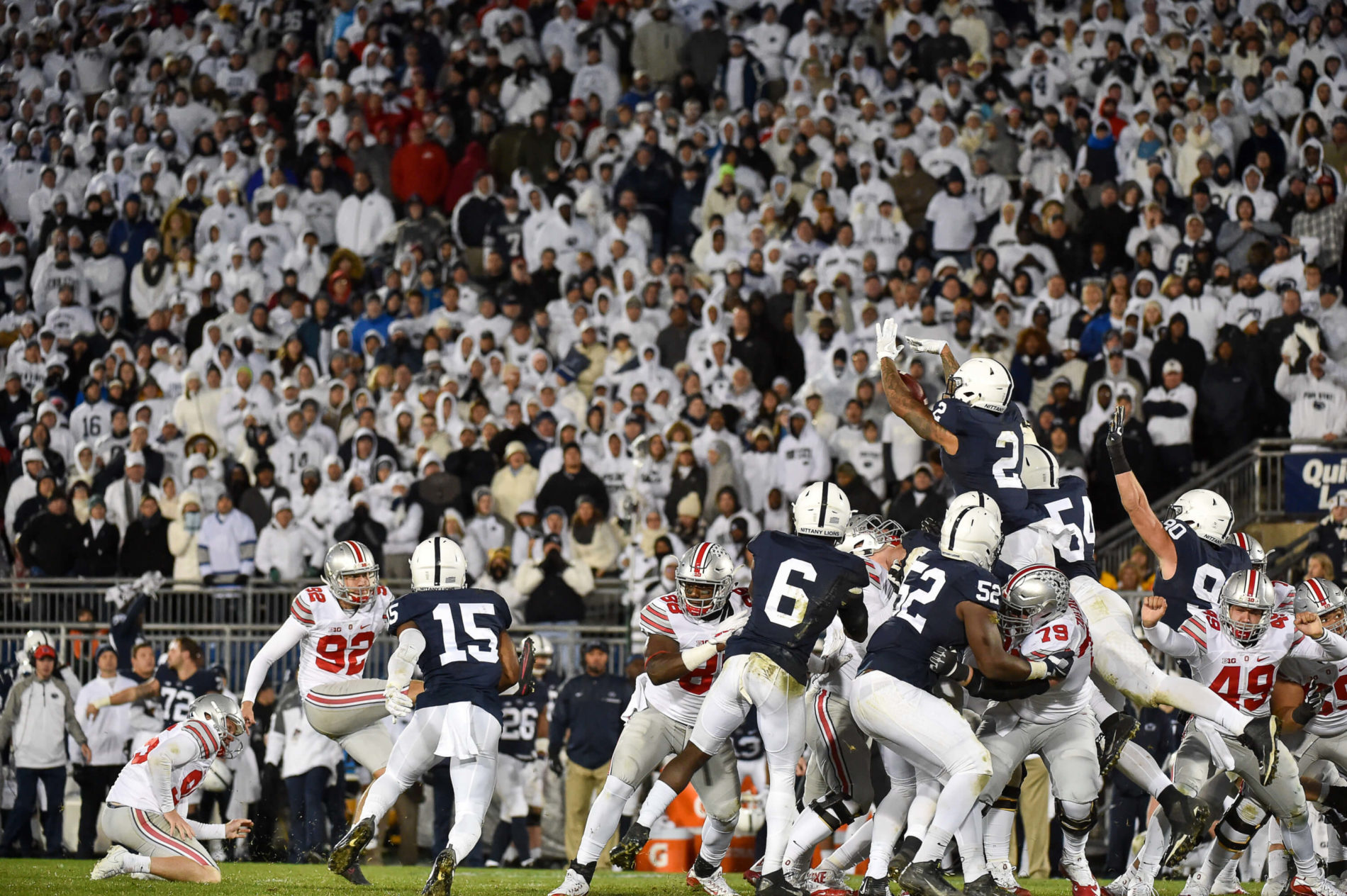 Ohio State and Alabama are by far the best two teams in college football according to my power ratings, with the Crimson Tide being a 3.8-point favorite over the Buckeyes on a neutral field.

Penn State is currently sixth in my power ratings, trailing the Buckeyes by approximately nine points (and Alabama by 12.8 points).

The scheduling dynamics strongly favor Ohio State, who is coming off a bye week after scoring over fifty points in each of its previous four games (4-0 SU & 3-1 ATS).

In contrast, the Nittany Lions are coming off an emotional revenge game against Michigan and are traveling for the second time in three weeks. Penn State is a money-burning 2-8 ATS in its last ten games as a road underdog, whereas the Buckeyes are 4-1 ATS in their last five games as home favorites.

The Buckeyes’ prolific attack is led by senior quarterback J.T. Barrett, who owns 25 school records and is responsible for 126 touchdowns, 14th-most in college football history. Barrett is also on the cusp of setting a Big Ten Conference record for touchdown passes as he is currently tied with Drew Brees with 90.

The Buckeyes are averaging 47.3 points and 577 total yards per game at 7.4 yards per play against teams that would combine to allow just 5.7 yards per play to a mediocre offense.

Overall, Ohio State is 1.4 yards per rush attempt, 1.7 yards per pass attempt and 1.7 yards per play better than average offensively this season. To state that the Buckeyes’ attack is in good form would be a gross understatement.

Indeed, Ohio State four consecutive 50-point games tied a school record established in 2014 during Barrett’s breakout redshirt freshman campaign. Meyer’s squad has accumulated 500 yards of offense and 300 passing yards in each of its past five games, setting another school record.

The credit belongs to first-year offensive coordinators Kevin Wilson and Ryan Day, both of whom have worked tirelessly in finishing the right personnel to maximize the Buckeyes’ efficiency.