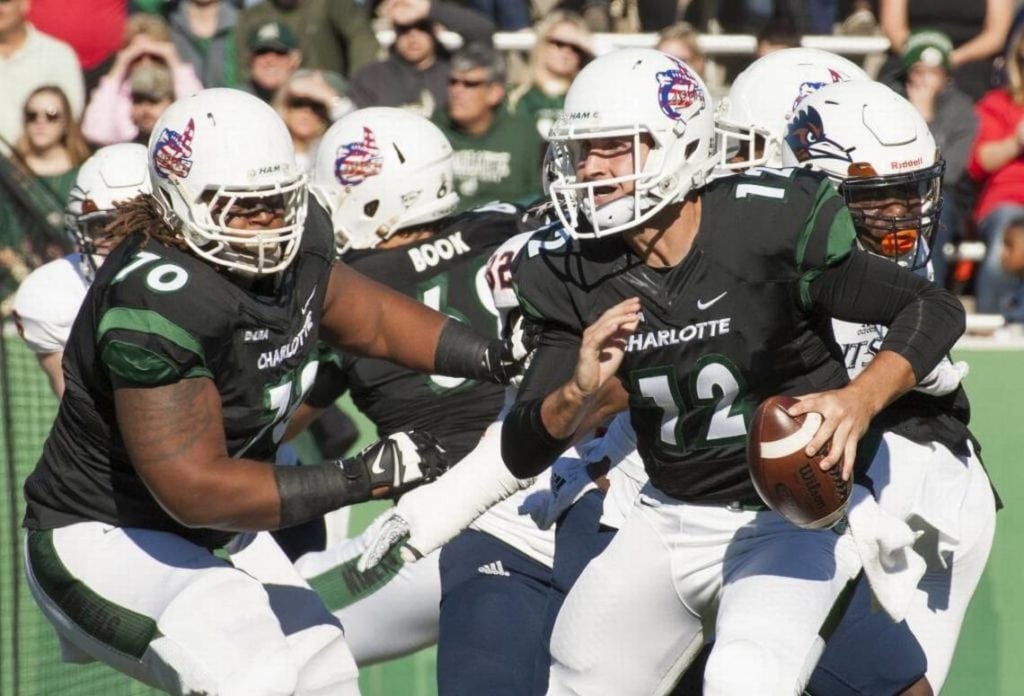 Please note that this game was moved from Saturday to tonight (Thursday) due to the Hurricane Florence.

I had to run my math model multiple times because I could not believe the oddsmakers had installed Old Dominion as a road favorite in Week Three. The Monarchs arrive in town off consecutive losses to Liberty (52-10) and Florida International (28-20), which is consistent with how they have performed in the early stages of previous seasons.

Indeed, Old Dominion is just 8-21 ATS in its last 29 games played in the first half of the season, including failing to cover the point spread in each of its previous four September affairs. Let’s also note that the Monarchs are a money-burning 6-17 ATS in their last 23 games following a loss and 1-4 ATS in their previous five conference

Charlotte’s veteran-laden offense (8 returning starters) should have success moving the chains behind running back Benny LeMay (170 yards, 5.3 ypc) and quarterback Chris Reynolds. Reynolds possesses great vision on the field and is known for his pinpoint accuracy. The 49ers’ greatest strength is an offensive line anchored by four returning starters and 72 career starts.

The Monarchs’ offense has been a huge disappointment this season despite returning nine starters. Old Dominion is averaging just 15.0 points and 348 total yards per game at 5.1 yards per play against teams that would combine to allow 5.6 yards per play to a mediocre attack.

I have also been impressed with Charlotte’s special teams, especially placekicker Jonathan Cruz. The freshman has made all of his extra-points (4-for-4) and kicked field goals of 46, 54 and 48 yards against Appalachian State last week. It was the most field goals in a game for the 49ers, with the 54-yarder being the longest by a freshman in school history.

Finally, my math model actually favors Charlotte by 2.65 points so the wrong team is favored in this Conference USA clash. Grab the available points with one of the most experienced teams in the nation as Oskeim Sports’ Free NCAA Football Pick for Thursday.