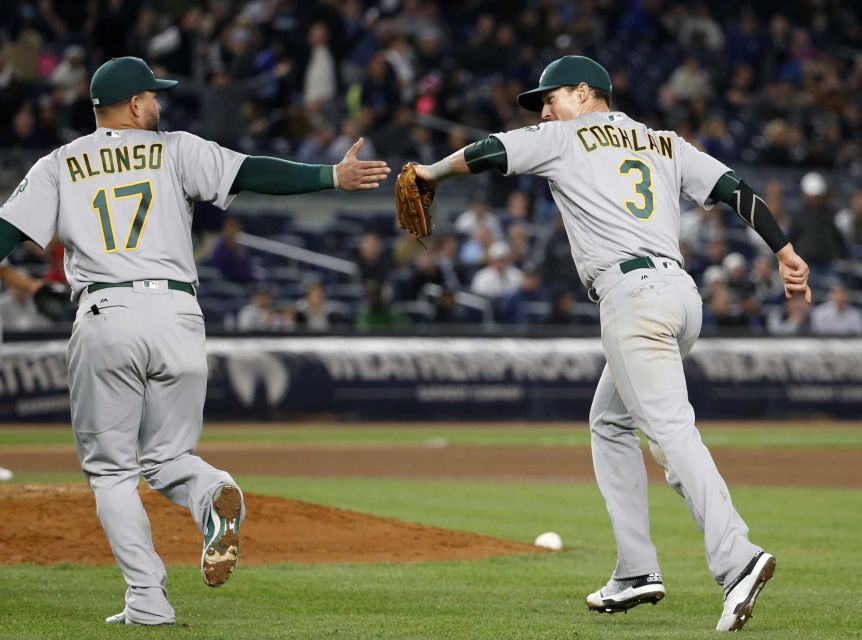 36-year-old journeyman Rich Hill parlayed four strong starts in September for the Red Sox into a one-year contract with Oakland. Hill’s 2015 campaign started in Washington’s farm system where he posted a pedestrian 4.40 FIP in forty relief appearances. Hill then took his talents to Pawtucket (Boston’s Triple-A team) where he was integrated into the starting rotation, posting a 3.59 FIP over five starts.

Technically speaking, the Yankees are 27-12 in their last 39 game 3 (of a series) scenarios and a perfect 7-0 with umpire Jeff Nelson behind home plate. With Oakland standing at a money-burning 7-19 in its last 26 games versus American League East foes and 4-10 in its last fourteen game 3 (of a series) scenarios, take the Yankees as Oskeim Sports’ free sports pick and invest with confidence.