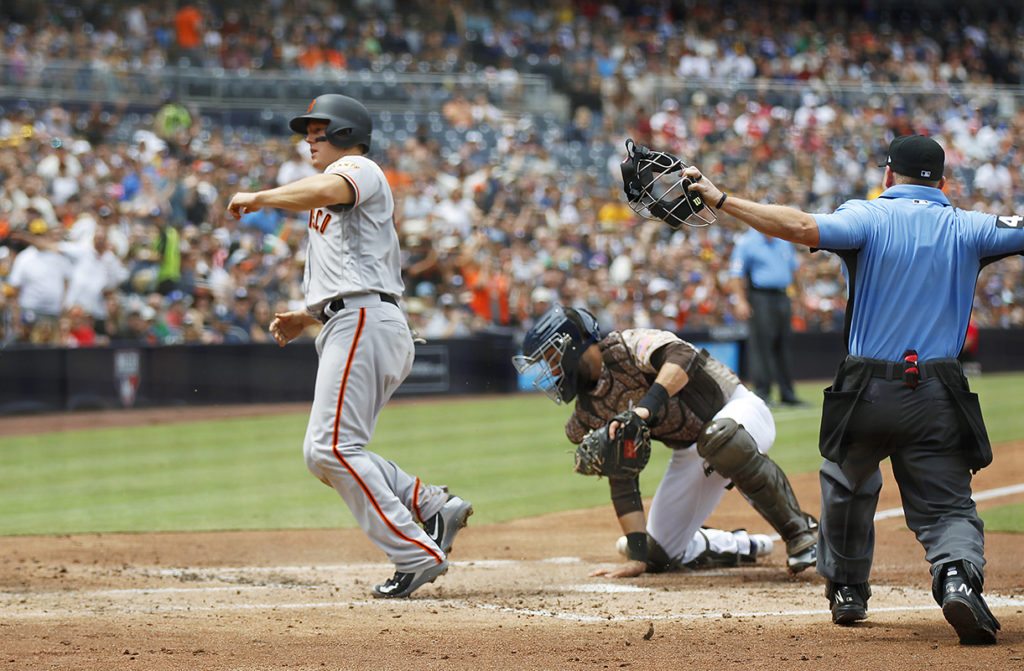 San Francisco southpaw Andrew Suarez was drafted three times, rejecting Toronto as a ninth-rounder in 2011 and then Washington in 2014 after the Nationals picked him in the second round.

San Francisco drafted Suarez in 2015 and the 25-year-old has spent the majority of the past two years in the Giants’ minor league system.

Suarez possesses a middling repertoire that includes an 89-91 mph fastball with late movement and a mid-80s slider that also flashes late break. The lefty has excellent command of both pitches, keeping them down in the zone and away from hitters.

San Francisco possesses a solid bullpen that owns a 3.21 ERA at home and a 2.95 ERA in evening affairs. I also like the fact that the Giants’ offense has come alive recently, averaging 5.1 runs over the last seven games.

Ross has been plagued by injuries, missing virtually all of 2016 to shoulder problems and spending last season recovering from thoracic outlet surgery.

However, Ross is 1-2 with a 4.33 ERA in six games (four starts) at AT&T Park during his career. San Diego has had the Giants’ number recently, winning last year’s season series 12-7 and took 3 of 4 earlier this season.

“They beat us up pretty good at their place,” Nick Hundley said of the games in San Diego. “It’s good to beat them. We haven’t played well against them. We’re playing a lot better now.”

With San Diego standing at just 4-13 versus .501 or greater opposition and 7-19 against left-handed starters, take the surging Giants as one of Oskeim’s free MLB picks for Tuesday, May 1.