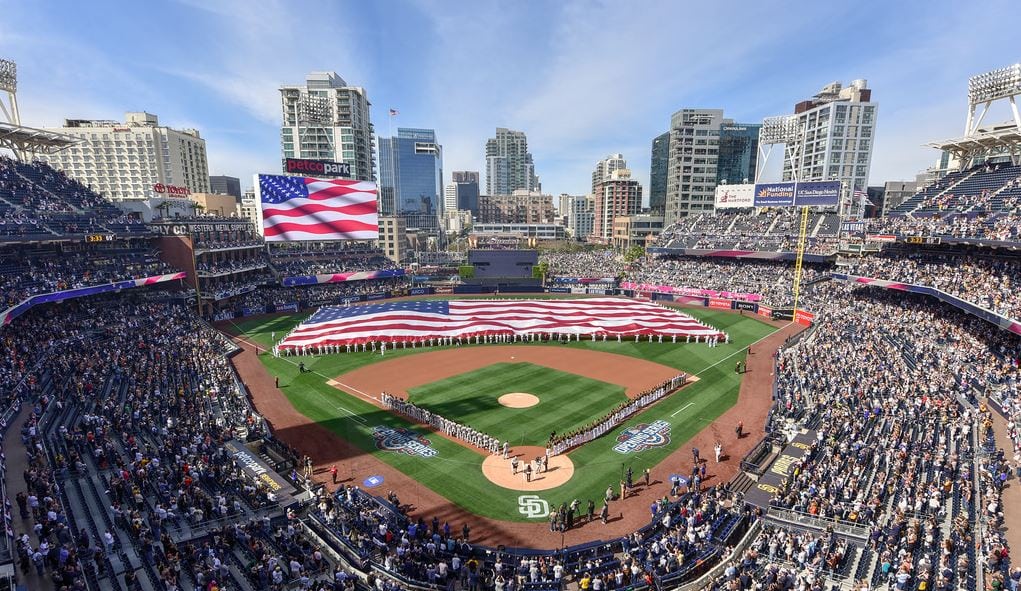 Oskeim Sports is the home for the best free MLB picks in the sports picks industry.  Oskeim’s free MLB picks have generated unparalleled profits on behalf of his members.

If you are interested in premium sports picks, be sure to check out Oskeim’s award-winning subscription at the online store.  Oskeim leans with the San Diego Padres as one of his free MLB picks for Monday, June 4.

Atlanta travels to Petco Park to take on the Padres, who have won six of their last 9 games.  San Diego fans will also be happy to hear that the Braves are a money-burning 4-17 in their previous 21 affairs inside the spacious confines of Petco.

San Diego southpaw Clayton Richard toes the rubber with a 4.74 ERA, 1.31 WHIP, 4.14 FIP and 3.59 xFIP in twelve starts.  Richard’s surface statistics have been skewed by an unlucky 68.3% strand rate, making him a prime candidate for positive regression in future outings.

The underrated lefty boasts a 7.71 K/9 rate, a 2.31 BB/9 rate and a 0.58 HR/9 rate at home.  The one area of concern for San Diego backers is the fact that Richard is 0-6 with a 7.05 ERA and 1.99 WHIP in six career starts against the Braves.  Most of those starts came against completely different rosters, however.

Indeed, Richard has only faced Atlanta once since 2012, yielding four runs on 9 hits in six innings on April 15, 2017.   Atlanta arrives in town with a scuffling lineup that is averaging just 4.0 runs over its last seven games, batting .238 with a .681 OPS over that span.

Bettors should note, however, that the Braves are averaging 5.6 runs per game against left-handed starters this season, hitting .268 with a .770 OPS.  Nick Markakis and Freddie Freeman are a combined 7-for-17 against Richard.

Batters are squaring up on Teheran as evidenced by his 38.6% hard contact rate, which is a career high.  Teheran is 4-2 with a 3.76 ERA and 1.04 WHIP in eight career starts against the Padres, yielding two runs or fewer in four straight outing.

The Braves are 13-6 in Teheran’s last nineteen starts, including going 8-3 in Teheran’s last eleven road outings against teams with a losing record and 4-1 in his previous five starts following a team loss.  Atlanta is 9-2 in its last 11 games versus .499 or worse opposition and 8-2 in its previous ten clashes with a left-handed starter.

Atlanta’s current record (35-24) is also significant in that the Braves are a money-making 34-19 (+11.4 units) in Teheran’s last 53 starts when they own a win percentage above 55 percent. In what the oddsmakers deem to be a toss-up game based on the current odds, Oskeim leans with the Padres as one of his free MLB picks for Monday.