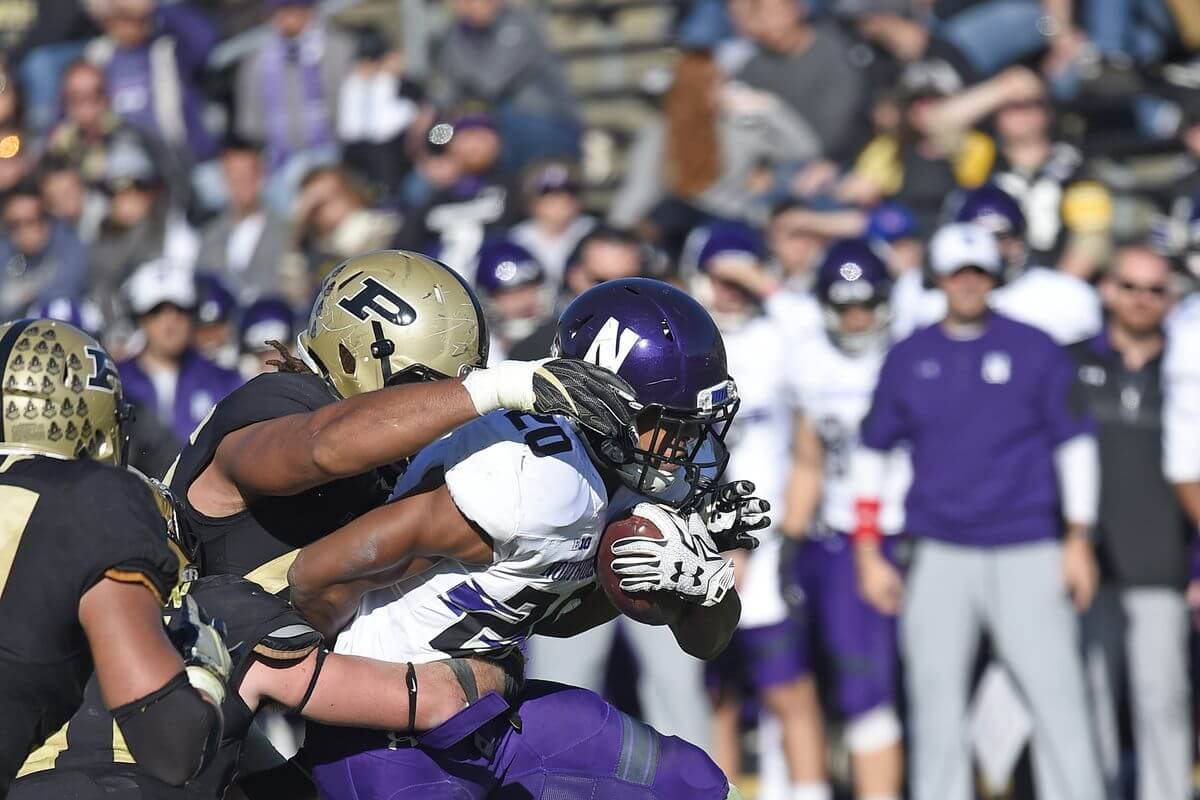 One has to question how much Northwestern has left in the proverbial tank after becoming the first team in college football history to play three consecutive overtime contests. Equally remarkable is the fact that the Wildcats prevailed in all three games, including an upset over Michigan State (39-31).

Northwestern has no chance of moving the chains on the ground against an outstanding Boilermaker front seven that is 0.9 yards per rush play better than average.

Purdue is limiting opponents to just 17.2 points per game on the road this season and do an excellent job in preventing explosive plays (19.4 yards per point to teams that would combine to average 13.5 yards per point). The Boilermakers flexed their muscle in last week’s 29-10 win over Illinois in which they kept the Illini off the scoreboard for the final 31 minutes of the game.

Purdue starting quarterback David Blough suffered a season-ending ankle injury in last week’s game but backup Elijah Sindelar is more than capable as he’s thrown for 939 yards with nine touchdowns this season. Sindelar is supported by an excellent backfield consisting of D.J. Knox (6.0 yards per carry) and Richie Worship (5.0 yards per carry).

With Purdue head coach Jeff Brohm standing at 14-3 ATS as a road underdog since 2013 and the Wildcats representing a 62.5% ATS losing proposition in conference games following consecutive upset wins, take the Boilermakers as one of Oskeim Sports’ Free Football Picks for Saturday, November 11.