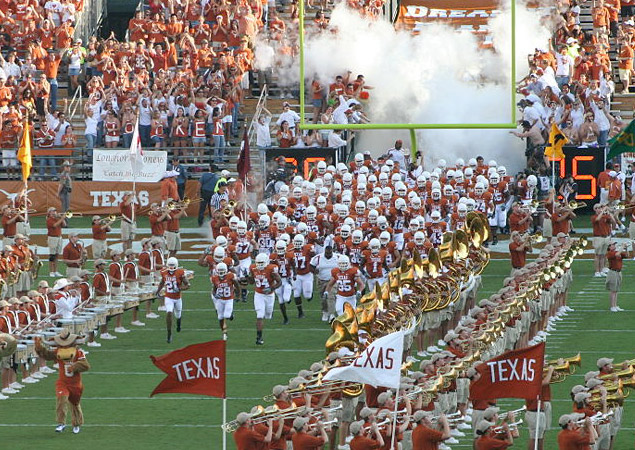 Analysis: Just when you thought Mack Brown would be forced out after another uninspiring campaign, the Longhorns have put together a six- game winning streak, including impressive upsets over Oklahoma and TCU. Moreover, coach Brown is an incredible 54-4 SU at home in his career when facing an opponent with revenge. In contrast, Oklahoma State head coach Mike Gundy is a money-burning 8-17 ATS off a win versus .801 or greater opposition. My technical database also chimes in with the fact that college football home underdogs off an overtime win are 20-3-1 ATS versus an opponent off a win of 8 or more points, provided the foe allows more than 19 points per game on the season.

Oklahoma State arrives in town with an overrated offense that is 0.1 yards per rush play, 0.1 yards per pass play and 0.2 yards per play better than average this season. Based on those numbers, Texas matches up really well against the Cowboys from the line of scrimmage, and Oklahoma State quarterback Clint Chelf is only completing 51% of his passes this year. Meanwhile, Texas quarterback Case McCoy is coming off his best performance of the season, connecting on 27-of-49 passes for 283 yards and three touchdowns. Finally, Texas applies to a very good 59-11-3 ATS home momentum situation of mine that invests on certain home underdogs off three or more consecutive wins. With Texas standing at 23-4 in this series, including 14-3 at home, take the live home underdog and invest with confidence.