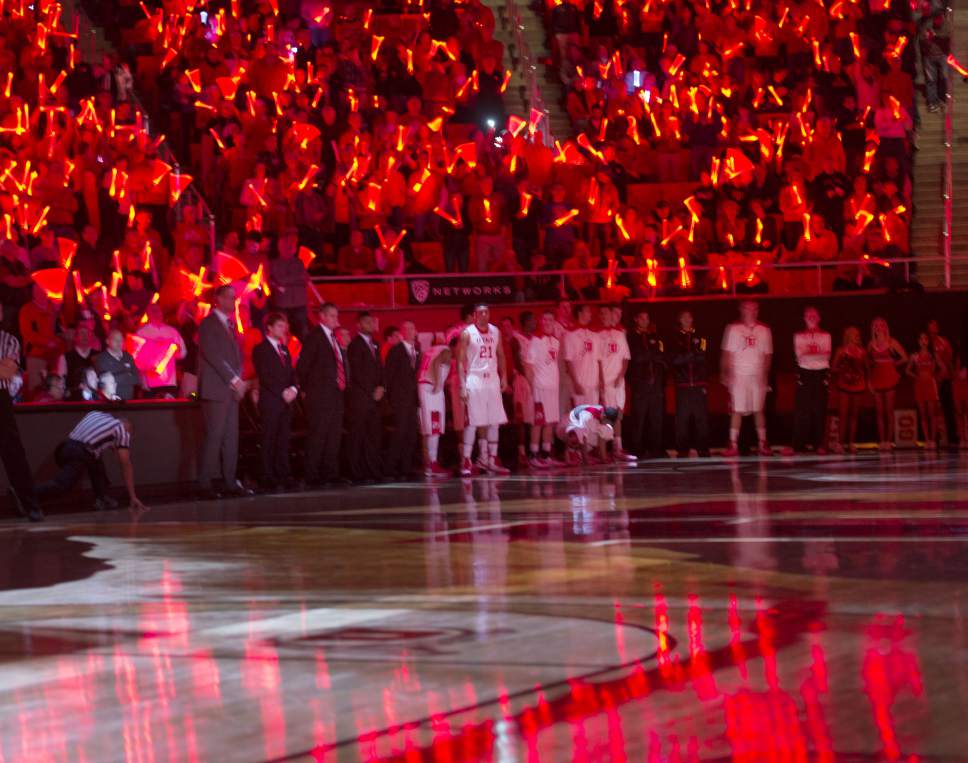 Utah has never defeated the Wildcats (18-year series losing streak), but today’s “RED OUT” at the Huntsman Center provides the Utes with their best opportunity to end their Arizona nightmare. The Utes are 14-1 at home this season where they are averaging 87.3 points per game on 52.7% shooting from the field and 40.2% from beyond the arc.

Overall, Utah is 6.2 points per game better than average offensively (79.1 points per game against teams that would combine to allow 72.9 points per game), but the Utes are averaging 82.8 points on 53.2% shooting from the floor and 43.0% from three-point territory over their last five games.

Meanwhile, the Wildcats are a pedestrian 4-4 over their last eight college basketball road games where they are yielding 73.2 points per game. Arizona is also allowing opponents to shoot 37.5% from beyond the arc over its last five games so the Utes’ prolific offense should thrive at home today.

The Utes’ defense also continues to improve, limiting opponents to a mere 63.4 points on 40.1% shooting from the floor over the last five games. Overall, Utah is 5.7 points per game better than average (68.8 points per game to teams that would combine to average 74.5 points per game), but that stop unit has been better at home (66.7 ppg) and in conference play (67.1 ppg).

I also like the fact that Utah plays great defense without committing fouls, ranking 19th nationally with the fewest fouls (455) and 9th in fewest fouls per game (15.7). Finally, Arizona will be traveling into altitude for the second time in only days after suffering a hard-fought 75-72 loss in Colorado on Wednesday.

Fading road teams in the second of back-to-back altitude games is one of my favorites angles, and the Wildcats will have to contend with a sea of red this afternoon inside the sold-out Huntsman Center. With Utah standing at 8-2 ATS off a conference win, take the Utes as Oskeim Sports’ free college basketball sports pick and invest with confidence.