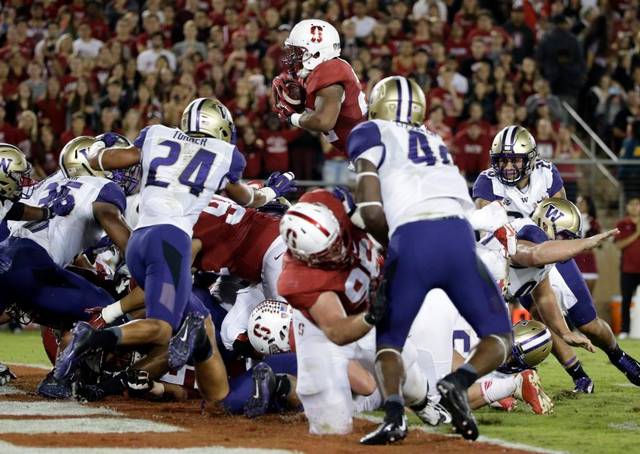 Washington State delivered an outright underdog winner for us last week as Mike Leach’s squad invaded Tucson as 7-point underdogs and left with a 45-42 victory. Despite their recent success, including road wins over Oregon (45-38) and the aforementioned Arizona, the Cougars remains grossly undervalued by the betting market. Washington State is 3-0 SU and ATS (averaging +127.0 yards per game) in its last three games, and we will once again invest on an underrated stock that is a profitable 8-3 ATS as a conference home underdog of eight or more points.

Coach Leach deserves a lot of credit for keeping Washington State focused after losing its season-opener to Portland State as 31-point home favorites. Washington State possesses a very goof offense that is averaging 36.4 points and 506 total yards per game at 6.2 yards per play against teams that would combine to allow 5.7 yards per play to a mediocre offensive squad.

The silver lining for Washington State investors is the fact that the Cougars play their best defense at home where they are limiting opponents to 23.0 points per game at 5.2 yards per play. Regardless, Stanford’s offense possesses a significant advantage from the line of scrimmage and should be able to move the ball at a good clip Saturday night.

With Stanford standing at 4-7 ATS as a road favorite, grab the generous points with the Cougars and invest with confidence.