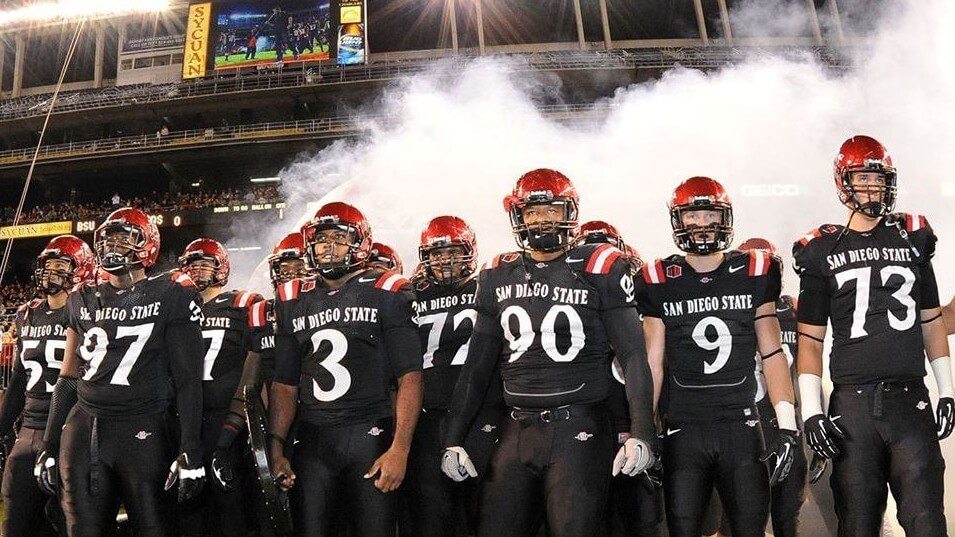 It’s safe to conclude that the Huskies have been perpetually undervalued by the betting market over the last few years, and Rod Carey’s squad remains underrated after being snake-bitten by negative variance in 2016.

The scheduling dynamics strongly favor Northern Illinois, who is coming off a bye and has an extra week to prepare for the Aztecs. ”The rest was needed,” Carey said of the bye week. “As far as getting bumps and bruises healed up, they took advantage.”

In contrast, San Diego State is coming off three consecutive upset wins over Arizona State (30-20), Stanford (20-17) and Air Force (28-24), all of which required come-from-behind efforts in the second half.

The Aztecs are 0-4 ATS as non-conference home favorites and 1-6 ATS versus rested foes, whereas Northern Illinois is 33-9 SU in its last 42 road games, with only two losses by more than ten points.

The Huskies’ strength has been on the defensive side of the ball where they are liming opponents to just 16.7 points and 303 total yards per game at 3.6 yards per play and 18.2 yards per point.

Overall, the Huskies’ defense possesses an advantage against both the run and pass in this matchup. Northern Illinois has been successful at limiting big-yardage plays through its first three games.

The Huskies rank No. 8 in runs of 10 or more yards allowed, with just nine. They have surrendered just two rushes of 20-plus yards, and none of 30 or more. Northern Illinois’ first three opponents — Boston College, Eastern Illinois and Nebraska — averaged 2.96, 1.33 and 2.36 yards per carry against the Huskies.

Northern Illinois’ strong run defense has resulted in creating turnovers against the pass. Indeed, the Huskies have six interceptions in three games, with cornerback Shawun Lurry demonstrating that he is one of the best cover men in the nation.

After picking off nine passes in 2015, Lurry is once again creating nightmares for opposing quarterbacks.

Finally, Northern Illinois applies to a very good 68.5% ATS system that invests on certain .600 to .800 underdogs of 10.5 to 21 points off 2 or more consecutive wins versus .501 or greater opposition.

This system is 28-10 ATS (73.7%) over the last five seasons. With Northern Illinois standing at 5-1 ATS as an underdog with rest, 7-2 ATS as a non-conference underdog of 14 points or less and 13-4 ATS in the second of back-to-back road tilts, take the Huskies plus the points as one of Oskeim Sports’ Football Best Bets for Saturday, September 30.

Be sure to visit Oskeim’s award-winning Blog for more free football best bets.