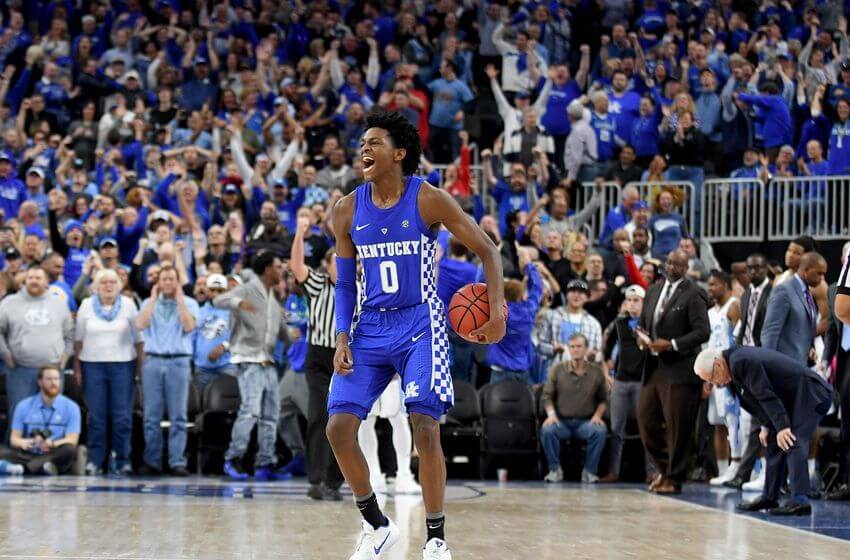 North Carolina enters the Elite 8 Round of the NCAA Tournament seeking revenge for a 103-100 loss to the Wildcats on December 17 at T-Mobile Arena in Las Vegas.  That defeat is significant in that teams in the Elite 8 looking to avenge a same-season loss are a profitable 17-6-1 ATS.

The Tar Heels possess a potent attack that is 13.5 points per game better than average (85.2 points per game against teams that would combine to allow 71.7 points per game), ranking 9th nationally in scoring offense.  North Carolina pounds the offensive glass like no other team in the land, ranking #1 in offensive rebounds per game (15.81).

North Carolina also leads the nation in both total rebounds per game (43.68) and rebound margin (13.1).  The Tar heels averaged 83.5 points per game on 47.3% shooting from the field on the road this season, while also averaging 85.6 points on 46.9% shooting from the floor over the last five games.

The Tar Heels take excellent care of the basketball and rebound an inordinate amount of their missed shots, both of which lead to an extremely high shot volume.  In fact, North Carolina’s shot volume is higher than any other team in major-conference play this season.

However, prior to the Butler game in the Sweet 16, North Carolina had found itself in a shooting slump in its previous four postseason games. The Tar Heels had made half of their 2-pointers and just 32% of their three-pointers, which would be below-average in ACC play.

The Tar Heels survived that mini-slump due to the extraordinary play of Kennedy Meeks, who pulled down 18% of the team’s missed shots in the four games leading up to the Sweet 16.  Justin Jackson also stepped up during the mini-shooting slump, dishing out more assists than any other Tar Heel (also recorded 5 steals against the Razorbacks in the Round of 32).

Jackson, however, also contributed to the shooting slump, making just 39% of his 2-point shots in the four games prior to the Butler game.  Senior Isaiah Hicks also rescued the Tar Heels in postseason play, making 66% of his attempts inside the arc and shooting 88% from the charity stripe.

In its 103-100 win over the Tar Heels back in December, Kentucky freshman Malik Monk compiled 47 points on 28 shots, including draining eight 3-pointers.  Meanwhile, De’Aaron Fox is coming off a terrific performance against UCLA wherein he had a career-high 39 points on just 20 shots.

The Wildcats demonstrated an ability to win games at the defensive end of the floor with their dominating win over UCLA in the Sweet 16. Kentucky held the Bruins to 15 points below their season average and forced 13 turnovers from a team that had only nine in their first two NCAA Tournament games.

Over its last five games, Kentucky is limiting opponents to just 69.2 points per game on 28.8% shooting from beyond the arc.  The Wildcats do an excellent job defending the three-point arc, limiting foes to just 30.8% on the season and 29.6% on the road.

Finally, the favorite is 4-1 ATS in the last five meetings in this series, while the Wildcats are 3-9-1 ATS in their last 13 clashes with North Carolina.  I recommend passing on this Elite 8 Round game from an investment standpoint, but I would give a slight lean to North Carolina at -2 or better.