Dallas Favored to Win NFC East in Year 1 of McCarthy 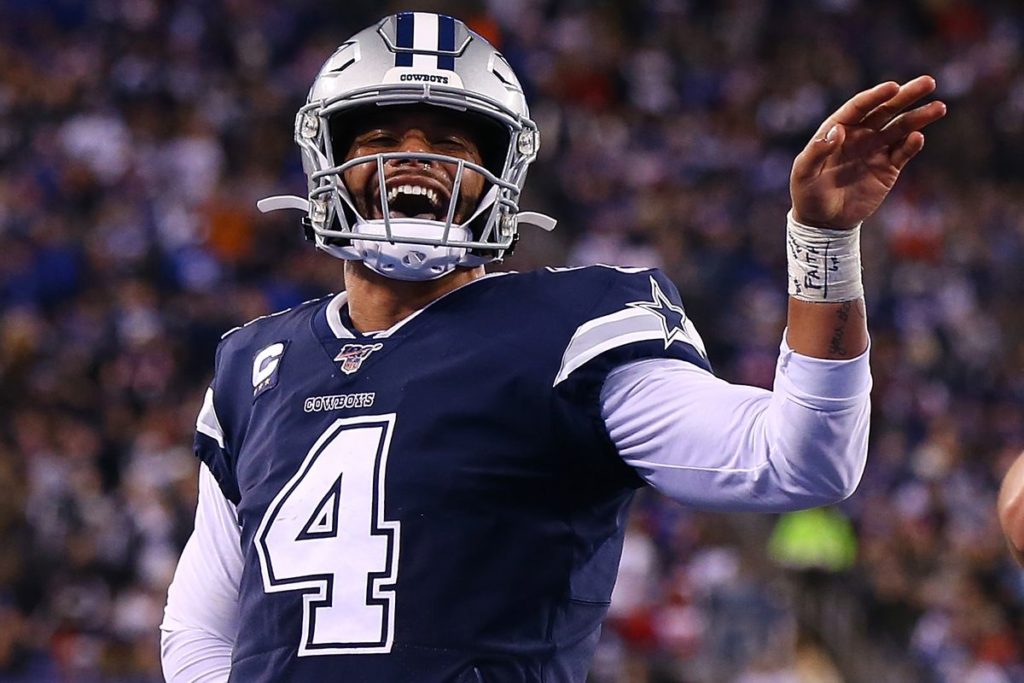 After the Dallas Cowboys finished 8-8 a year ago, owner Jerry Jones had enough of former head coach Jason Garrett. It was time to move on. Jones did just that and hired former Green Bay head coach Mike McCarthy. Now, the Cowboys are favored to win the NFC East in 2020.

Philadelphia, which won the division title a year ago, is a close second in what oddsmakers see as a two-horse race. The New York Giants and Washington Redskins simply haven’t been relevant in years. The 2020 season should not change that.

Even in Year 1 of the McCarthy era, the Cowboys still have one of the more talented rosters in the NFL. There is QB Dak Prescott who finished second in the NFL last year in passing yards. The result was a well-earned franchise tag that will pay the four-year veteran very nicely.

All-Pro Ezekiel Elliott returns in the backfield and Amari Cooper is an elite receiver in the league. Add in underrated Michael Gallup and first-round draft pick CeeDee Lamb and the Cowboys have an outstanding receiving corps.

The offensive line is always among the best in the NFL. If there is a concern, it’s on defense where Dallas lost Byron Jones and Robert Quinn in free agency. Still, if you’re looking for the sure bet, it’s on the Cowboys to win the NFC East at -115.

Double Your Money…Or Not

The 2020 Philadelphia Eagles check-in as an even-money bet to win the NFC East. On one side, the bet has some merit. The Eagles signed Darius Slay in the offseason to give them a legitimate cover corner. QB Carson Wentz played an entire season and threw 27 touchdowns to just seven interceptions.

The Eagles also won the division last year in a season in which it appeared no one wanted to win it. A healthy Wentz and an improved pass defense make the Eagles worthy of the even money bet.

On the other side, the Eagles did lose OT Jason Peters and defenders Malcolm Jenkins and Nigel Bradham. Then, you add in the fact that no team has repeated as NFC East champion since 2004. But, the last team to repeat? The Eagles.

Well, Washington should be pretty good on the defensive line. The Redskins have used a first-round draft pick on a defensive lineman in each of the past four drafts. This year, it was Ohio State DE Chase Young, who should step in and play right away.

The problem in Washington is at quarterback where newly acquired Kyle Allen is the likely frontrunner to win the job. Last year’s No. 1 draft pick Dwayne Haskins did not impress. Allen started 13 games for new Redskins coach Ron Rivera in Carolina last year. Allen knows the system, but he’ll have to improve upon his 17-to-16 touchdown-interception ratio from last season.

Haskins returns as does Alex Smith, he of the gruesome leg injury suffered in 2018. Smith appears determined to make a comeback at age 36. He did not play at all during the 2019 season while recovering and rehabbing the leg injury.

No matter the number of quarterbacks on the Redskins roster, the offense likely will not be much better than the one that put up 16.6 points per game last season. That was last in the NFL in 2019. That’s also why Washington is a longshot at +1600 to win the division.

If there is a play to be made in the NFC East race, bettors might consider the New York Giants. The G-men are a bit of longshot at +950, but they did acquire LB Blake Martinez from Green Bay in free agency and held on to DT Leonard Williams by virtue of the franchise tag.  Those moves should help the defense.

The schedule is favorable too. The Giants crossover to play the AFC North. That means games against Cincinnati and Cleveland. The Bears are on the schedule as is Arizona. Nine wins won the division last season. It could happen again in 2020.