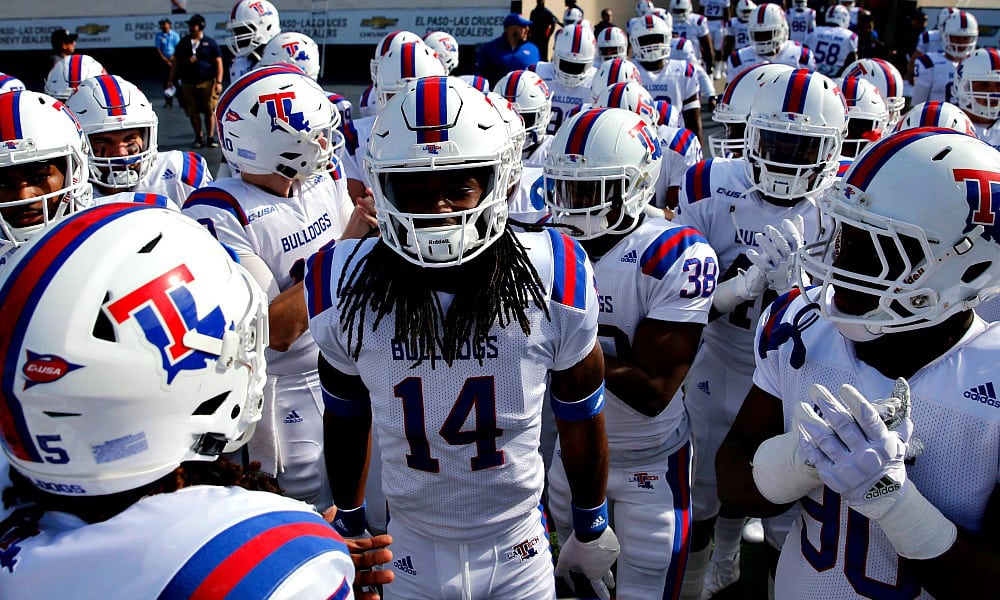 Oskeim previews the college football game between Louisiana Tech and LSU and recommends taking the points with the Bulldogs as one of his daily sports picks for September 22.

LSU is off to a perfect 3-0 start to the 2018 campaign, which includes upsets over Miami Florida (33-17; 3-point underdogs) and Auburn (22-21; 10-point underdogs). LSU head coach Ed Orgeron was considered to be on the proverbial ‘hot seat’ entering this season but has quickly quieted his critics by improving to 8-1 ATS in his last nine SEC affairs.

The issue for Orgeron is the fact that the Tigers are coming off an emotional win at Auburn and have another SEC game on deck against Mississippi. LSU is just 2-7 ATS in its last nine games as a 20+ point favorite, including failing to cover the point spread in each of its last four games under these circumstances.

In fact, the Tigers were 20 1/2 point home favorites against Troy last year and lost the game outright. Louisiana Tech is 9-4 ATS in its last thirteen games against Power 5 teams, including taking the Gamecocks down to the wire last season.

Louisiana Tech has its most experienced team under head coach Skip Holtz (15 returning starters), which is relevant in that the Bulldogs apply to a very good 27-7 ATS (79.4%) system that invests on certain road underdogs off a home win if they have a returning quarterback and are matched up against an opponent with an inexperienced signal-caller.

Holtz is 44-23-1 ATS as an underdog in his coaching career, including 22-3-1 ATS following a game in which his team covered the spread by seven or more points.

It’s difficult to lay three touchdowns to a quality opponent with a fat and happy home favorite that is (1) completing just 45.6 percent of its pass attempts (128th in FBS), (2) gaining just 333.7 yards per game (111th in FBS), and (3) having 37 percent of its offensive plays result in zero or negative yards (110th in FBS).

The Bulldogs are averaging 42.0 points and 526 total yards per game at 6.9 yards per play and 12.5 yards per point behind one of the conference’s best offensive lines (97 career starts).

Louisiana Tech arrives fresh off an early-season bye and is a reliable 10-3 ATS as a road underdog, including a perfect 6-0 ATS when getting more than eighteen points. The Tigers are 4-15 ATS as home favorites versus rested opposition so Louisiana Tech’s extra week of rest comes into play at Baton Rouge. Finally, LSU is just 3-7 ATS following an upset win as an underdog of more than seven points.

The scheduling dynamics could not be better for one of the best coaches in the game (Holtz), and for a veteran-laden squad that has had two weeks to prepare for this game. Grab the points with Louisiana Tech as one of Oskeim Sports daily sports picks for Saturday.