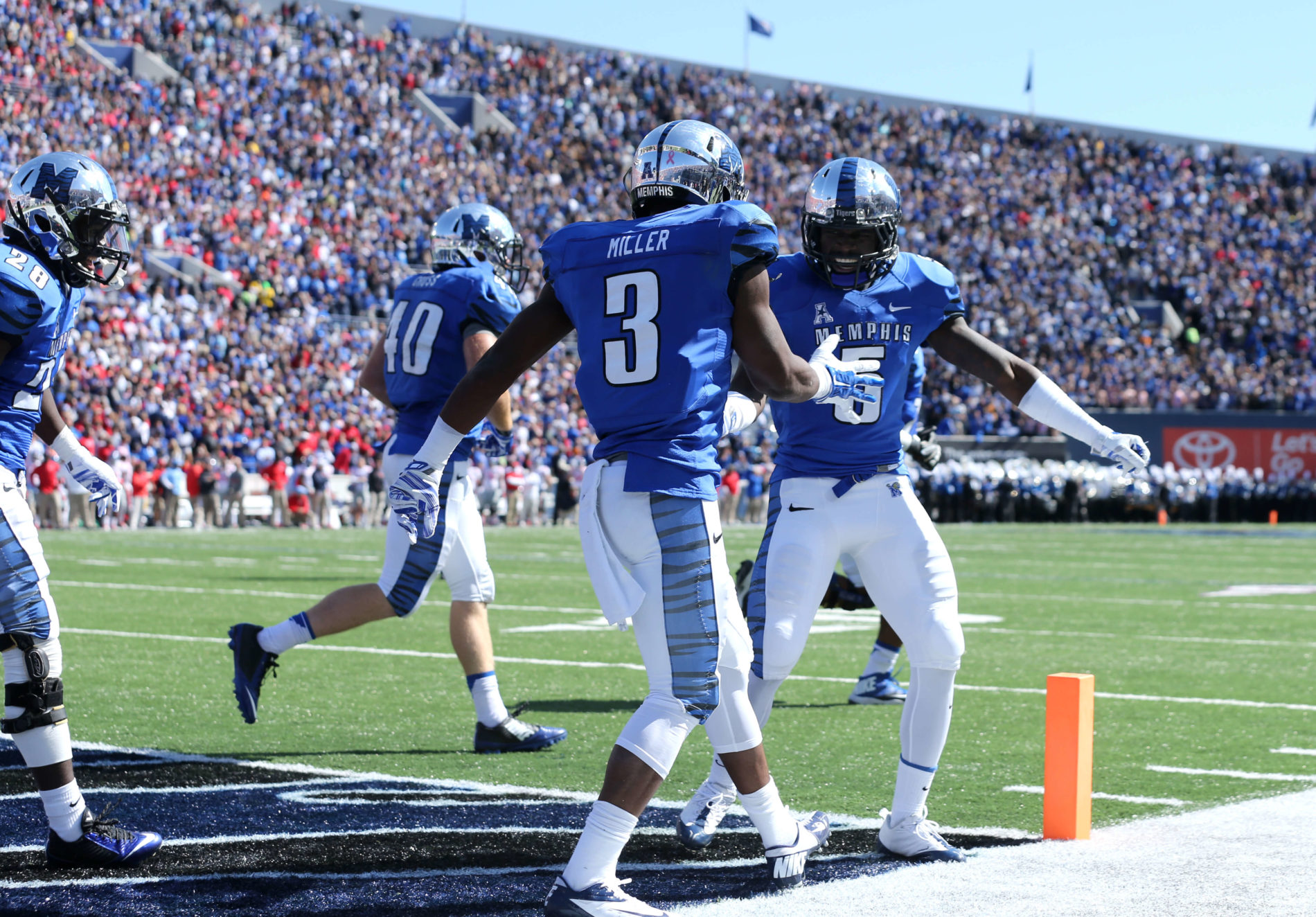 UCLA arrives in town with undefeated but a cursory review of the Bruins’ defensive numbers raises more than a few red flags.  UCLA is allowing 33.5 points per game and 493 total yards per game at 5.7 yards per play to teams that would combine to average 5.6 yards per play to a mediocre offense.

Memphis takes the field with a potent ground attack that garnered 319 rushing yards at 8.2 yards per rush attempt in its season-opener against a vastly improved Louisiana Monroe squad.  The Tigers have had two weeks to game plan for UCLA due to Hurricane Irma and should be fired up for their home opener against a Pac-12 foe.

The circumstances strongly favor Memphis, who had its Week Two game against Central Florida was canceled due to the storm that caused destruction and devastation in the Virgin Islands, Florida and elsewhere. In contrast, UCLA is traveling for the first time this season and

In contrast, UCLA is traveling for the first time this season and will be playing its third consecutive game.  A secondary issue is the fact that Saturday’s game is scheduled to kick-off at 12 p.m. eastern time, which is 9 a.m. for the Bruins (Pacific Time).

UCLA also has its Pac-12 Conference opener against Stanford on deck, which is significant in that the Bruins are 0-6 ATS as road favorites before clashing with the Cardinal.  Let’s also note that UCLA is 0-6 ATS off back-to-back wins under head coach Jim Mora, provided its last win was by less than 42 points.

Meanwhile, Memphis is a profitable 4-0 ATS following a bye week, 16-6 ATS at home versus teams with a winning record and 8-3-1 ATS in its last twelve September games.  An upset would not surprise me based on the fact that the Tigers are 16-4 SU in their last 20 home games.

Finally, Memphis is 15-6 ATS as a home underdog versus teams off consecutive wins, including 15-3 ATS when getting at least 3 points from the oddsmakers and 6-0 ATS versus non-conference opposition.  Take Memphis plus the points as one of Oskeim Sports’ Daily Sports Picks for Saturday, September 16, 2017.

Be sure to check back here on a regular basis for more daily sports picks from Oskeim Sports.