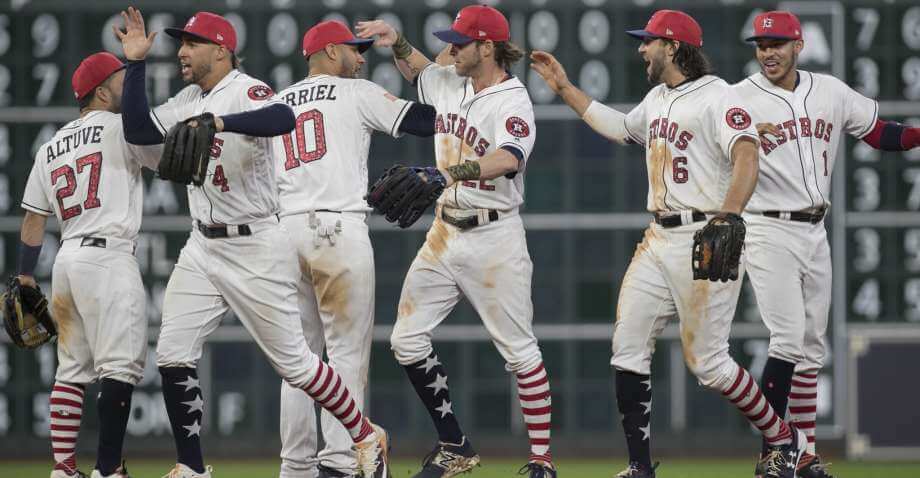 Join Oskeim Sports Award-Winning One Month All-Inclusive Subscription for only $275. If you do not make a profit, you will receive one month of Oskeim’s football picks absolutely free!

Click Here to Start Winning Today!  Use Promo Code KICKOFF for 20% Off!

Houston takes the field with a potent lineup that is averaging 5.9 runs per game this season (.350 OBP; .836 OPS), including 5.8 runs per game versus right-handed starters (.834 OPS) and 5.7 runs per game at night (.836 OPS).  The Astros’ potent lineup will be challenged by Tampa Bay right-hander Alex Cobb, who has produced eight quality starts over his past nine outings.

That significant home/road split makes Cobb a dangerous proposition in Minute Maid Park tonight.  Houston flame thrower Charlie Morton is consistently hitting a career-high 98.4 mph on his sinker and owns an 18.8% whiff rate on his devastating curveball.  Opposing batters have just a .410 OPS against Morton’s curve this season, and he’s backed by baseball’s best offense.

From a technical standpoint, Houston is a profitable 53-22 versus right-handed starters (8-2 L/10 at home), 20-9 versus American League East foes, 37-17 following a loss and 4-1 in game 1 of a series.  The Astros are also 7-3 in Morton’s last ten starts, including 4-1 in Morton’s last five starts during game 1 of a series.  In contrast, Tampa Bay is 0-4 in its last four clashes with American League opponents, 1-6 in its last seven against right-handed starters and 3-8 in its last 11 games overall.

Finally, Houston applies to a contrarian 30-12 system of mine.  Takes Houston as one of my Daily Sports Picks for Monday, July 31.

Join Oskeim Sports Award-Winning One Month All-Inclusive Subscription for only $275. If you do not make a profit, you will receive one month of Oskeim’s football picks absolutely free!