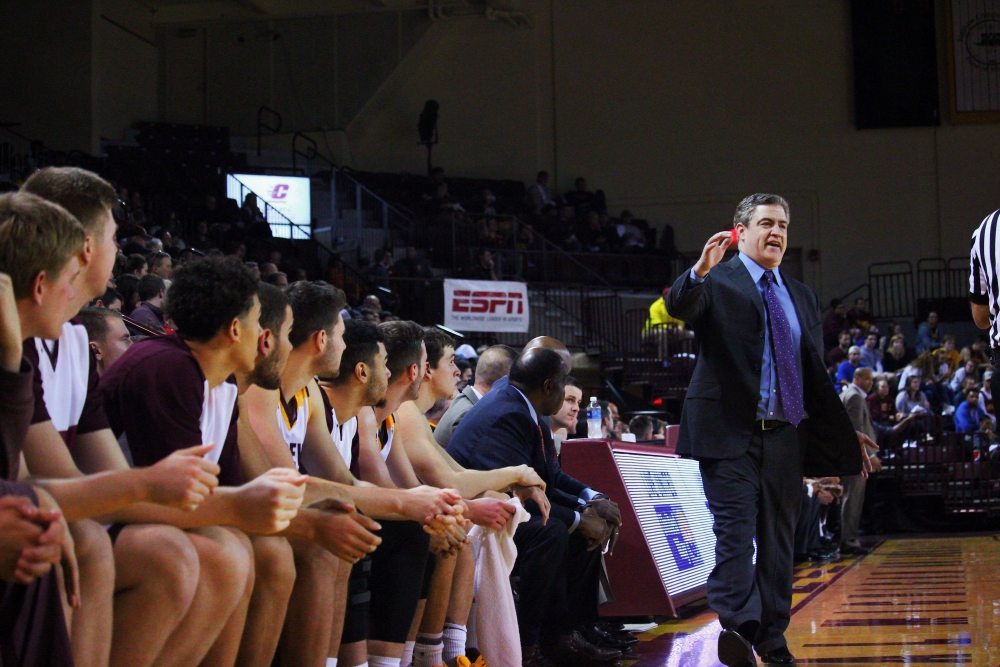 Central Michigan head coach Keno Davis arrived on campus in 2012-13 and has turned around the Chippewas’ basketball program.  In 2016-17, Central Michigan finished with the third-best offense in the nation by embracing the three-point shot. The Chippewas averaged 88.3 points per game, giving rise to the program’s “3MU” moniker.

Coach Davis spent the summer emphasizing the importance of defense, and the turnaround from last year’s numbers are remarkable.  The Chippewas finished ranked 345th in the nation in scoring defense (87.7 ppg) last year; through fifteen games in 2017-18, Central Michigan is ranked 43rd nationally (65.7 ppg) and 28th nationally in field goal percentage defense (.396).

Central Michigan has demonstrated the ability to win competitively-priced games, defeating Sam Houston State, Cal Poly, Montana State and Ohio as favorites of fewer than three points. The Chippewas also upset Cal State-Bakersfield on a neutral court and are 4-2 ATS away from home this season.

I also like the fact that Central Michigan is ranked 1st in the nation in free throw percentage (.807), 8th in fewest fouls (224) and 10th in personal fouls per game (14.9).  The Chippewas current lineup features nine players who average double-digit minutes played and three players who average ten or more points per game.

Central Michigan sophomore forward David DiLeo has emerged as one of the best players on the team, ranking second in the MAC in three-pointers made and fifth in free throw shooting (.846).  In contrast, Eastern Michigan is shooting just 69.0% from the charity stripe this season, including just 67.2% at home.

The one concern I have about this game is the fact that Central Michigan has lost four straight meetings in this series (0-4 ATS), including both regular-season games last season.  The Chippewas are also 1-4 ATS in their last five trips to Eastern Michigan.  Grab the points with Central Michigan as one of Oskeim’s free daily sports picks for Tuesday, January 9.