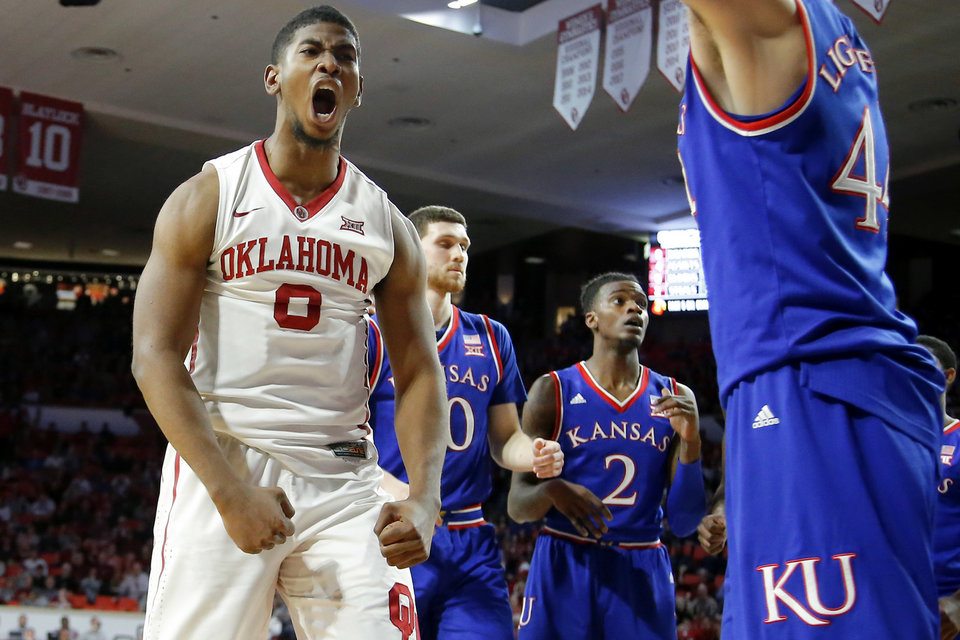 One of Oskeim’s daily sports picks is on Notre Dame minus the points over the Hurricanes.  Miami is a money-burning 7-19 ATS in its last 26 games following a loss, 1-5 ATS in its last six affairs against .501 or greater opposition and 0-4 ATS in its last four games overall.

Miami arrives in town having dropped three straight games (both SU and ATS) against Boston College (72-70), Virginia (59-50) and Syracuse (62-55).  The Hurricanes were favored in two of those contests and now stand at just 7-7 SU and 4-10 ATS in conference action.

Meanwhile, Notre Dame takes the floor with an efficient attack that is averaging 76.4 points per game against teams that would combine to allow 72.3 points per game to a mediocre offense.  The Fighting Irish are ranked 48th in the nation in three-point field goal percentage (.383) and are making 45.0 percent of their three-pointers over the last five games.

In what could be a competitive game late, the Irish have the capability of preserving and protecting a lead at the charity stripe.  Indeed, Notre Dame is ranked 55th-nationally in free throw percentage this season (.751) and is making 79.3 percent of their foul shots at home. In contrast, Miami is shooting just 66.4 percent from the charity stripe.

The Irish are even more potent at home where they are averaging 83.2 points per game on 46.4% shooting from the field and 38.1% from three-point territory.  The Irish are also converting 45.0 percent of their field goal attempts over their last five games.  Miami, on the other hand, is shooting 42.8 percent from the field over the last few weeks.

I should also note that Notre Dame is averaging 40.0 rebounds per game at home, whereas the Hurricanes are pulling down just 32.0 boards per game on the road this season.  Finally, the Irish apply to a very good 52-26 ATS and 53-28 ATS systems that are based on their recent point spread success.

Take Notre Dame minus the points as one of Oskeim’s Daily Sports Picks for Monday, February 19.

After starting the 2017-18 campaign 9-1, the Sooners have lost eight of their last 10 games overall.  More importantly, Oklahoma has fallen short of market expectations in seven consecutive games and in ten of its last 11 games overall.

Five of Oklahoma’s previous 7 losses constituted upsets, including Saturday’s 77-66 home loss to Texas as seven-point favorites.   Meanwhile, Kansas is 17-3 SU in the last twenty meetings in this series and is looking to avenge an 85-80 loss at Oklahoma on January 23.

That defeat is relevant in that the Jayhawks are a profitable 12-0 SU and 10-2 ATS with same-season revenge from a loss of 3-plus points versus .650 or worse opposition.  In contrast, the Sooners are money-burning 3-14 ATS versus sub-.840 foes this season, including 1-10 ATS versus teams with a winning record and 0-7 ATS in their last seven road affairs versus teams with a .601 or greater home win percentage.

While Kansas allows teams get open looks, allowing 24.1 three-point attempts per game (297th-nationally), Oklahoma star Trae Young is shooting just 4-of-27 (14.8%) from beyond the arc over his last three games.

One red flag for Kansas backers is the fact that college basketball road underdogs on against-the-spread losing streaks of more than five games are a 56.5% ATS winning proposition since 2005 (a period covering more than 300 games).

Red Flag No. 2: The Jayhawks are coming off an emotionally-draining come-from-behind win at West Virginia on Saturday.  And, the Sooners’ previous five road losses have come by an average of just 6.2 points and they already own road wins over TCU, Wichita State and USC.

Red Flag No. 3: Only one of Kansas’ six conference home wins this season have come by a margin exceeding 8 points.  In fact, the average margin of victory in the Jayhawks’ six Big 12 Conference home victories is just 5.8 points.

Let’s finish with a betting trend that will make Kansas backers happy:

Lay the points with Kansas as one of Oskeim’s Daily Sports Picks for Monday, February 19.

Be sure to visit Oskeim’s award-winning Blog for more winning daily sports picks!