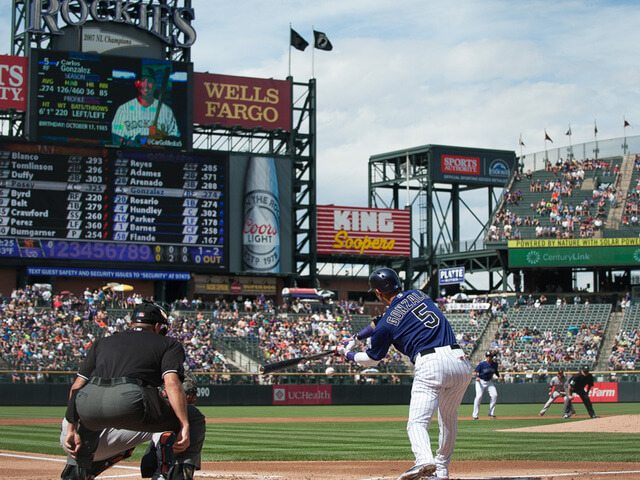 I have been extremely impressed by Colorado southpaw Tyler Anderson, who began the season on the Disabled List with a right oblique strain. The 20th overall selection in the 2011 draft, Anderson impressed in his Major League debut on June 12 against the Padres at Coors Field, allowing just one extra-base hit and recording 60 strikes among his 92 pitches (6.3 IP; 1 ER; 6/0 K/BB).

The talented lefty followed up that performance with another solid against the Marlins, limited Miami to two runs over 5 2/3 innings of work. Overall, Anderson owns a 2.25 ERA and 0.91 WHIP this season, and boasts a 10/1 K/BB ratio in 12 innings pitched.

Anderson’s surface statistics are fully supported by his underlying metrics: 1.70 FIP, 2.67 xFIP and 2.88 SIERA. The 26-year-old also owns a 58.8% GB%, which will certainly help him in Colorado’s thin air. Indeed, the youngster has now allowed a home run in his first two career starts.

Equally important, Bradley’s lack of command will be put to the test tonight as the Rockies are 5th in MLB in drawing walks at home, while owning the 4th-fewest strikeouts.  With Colorado standing at 21-12 (+14.7 units) following a one-run loss over the past two seasons, take the Rockies at Coors Field and invest with confidence.