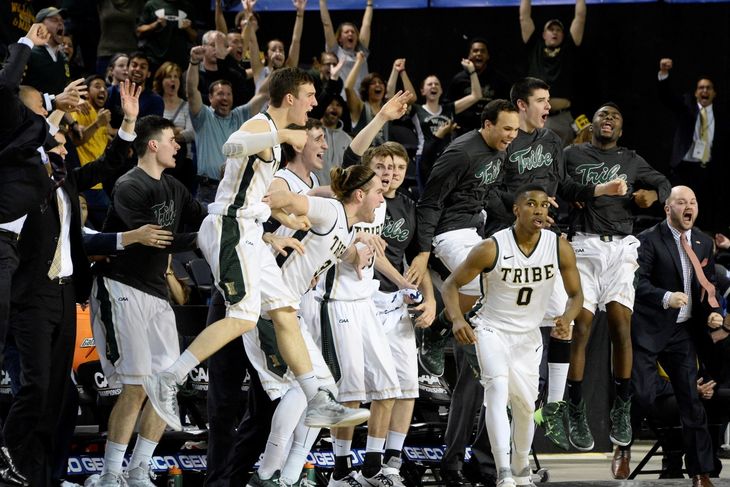 Northeastern has reached the Colonial Athletic Association championship for the second time in three years after its bench outscored UNC-Wilmington 33-10 in an eventual 78-71 win. Devon Begley (11 points) and Reggie Spencer (11 points) provided a spark off the bench, while redshirt junior walk-on Caleb Donnelly scored a season-high 11 points on 51.0% shooting from the field. “Nothing he does will ever surprise me because he attacks each and everyday,” Northeastern head coach Bill Coen said of Donnelly. “He gets more out of a 24-hour day than most people get out of a month.”

Northeastern’s offense is led by senior forward Scott Eatherton, who was named Colonial Athletic Association Defensive Player of the Year last season and finished in the top 50 in the NCAA in six categories. Eatherton is averaging a team-best 14.6 points per game on 58.9% shooting from the field this season. Junior guard David Walker is second on the team in scoring with 13.3 points per game, while junior forward Quincy Ford is third on the team with 10.1 points per game. The return of Ford, who missed most of last season due to back issues, has provided a dynamic to Northeastern’s offense that was missing in the 2013-2014 campaign.

People continue to overlooked this Northeastern squad as the Huskies boast impressive non-conference wins over Florida State (76-73), Manhattan (65-51) and Richmond (58-57), with two of the wins coming on the road. From a technical standpoint, Northeastern is 11-4 ATS versus teams with a winning record, including 10-2 ATS in its last twelve and 5-1 ATS in its last six against .601 or greater opposition. Northeastern is loaded with experience this season, returning all five starters from last year together with a healthy Quincy Ford. That experience brings a sense of urgency from the senior class, who can ill-afford to let this opportunity to slip by.

“It’s hard to create a sense of urgency when you don’t have seniors,” Cohen said. “That passion and urgency generated by your senior class really makes a difference in close games.” Seniors possess the requisite experience and knowledge necessary to win games in the final minutes. Northeastern will not fold under pressure in tonight’s championship game. My math model rates this game as a pick so we are also getting decent line value with the Huskies.

Finally, the situation strongly favors the Huskies in that William & Mary is coming off a thrilling 92-91double-overtime win over Hofstra on Sunday in a game that will “go down in lore as one of the best Colonial Athletic Association Tournament games ever played.” The effort expended by the Tribe cannot be overlooked as they overcame a nine-point deficit with five minutes left in regulation, a five point deficit with one minute remaining. The Tribe also erased deficits in both overtime periods to eventually win on a last-season three-pointer from the corner. Grab the points and invest with confidence.