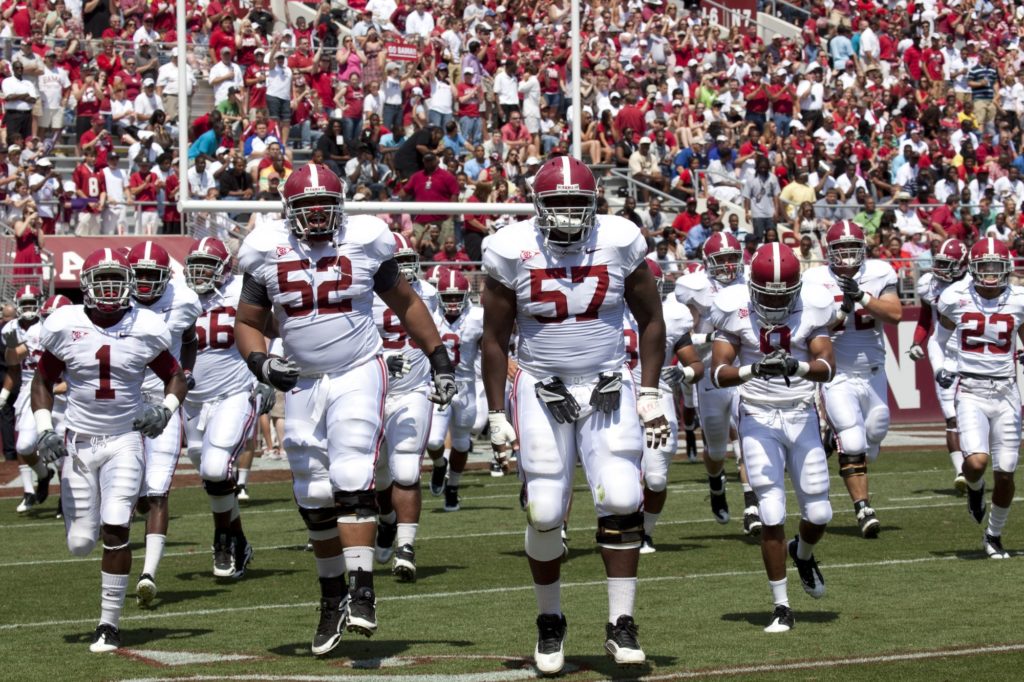 Are you ready for some college football?

The 2019-20 season will kick off on August 24 when the Florida Gators face off against the Miami Hurricanes in Orlando, Florida. It’ll be followed up by Week 1 matchups between Boise State and Florida State, Houston and Oklahoma, and Notre Dame and Louisville.

Here’s a 2019-20 college football preview to help you get your head back in the game.

Clemson and Alabama Will Be Back on Top (Yes, Again!)

The Clemson Tigers and Alabama Crimson Tide have met in the College Football Playoff National Championship game in three of the last four seasons. Clemson has won two of the three games, including a game played back in January which Clemson won 44-16.

It won’t be surprising at all if they play for a fourth time next January, either. The NCAA just released their Preseason Top 25 rankings and Clemson and Alabama are No. 1 and No. 2 on the list, respectively.

They will, of course, have a handful of other top-notch teams hot on their heels all season long. The Ohio State Buckeyes (No. 3), Georgia Bulldogs (No. 4), and Oklahoma Sooners (No. 5) could all prove to be formidable foes for Clemson and Alabama.

But it’s hard to imagine both Clemson and Alabama getting shut out of the national title game this season. You can’t create a college football preview these days without including those two teams in the mix.

The SEC Will Continue to Reign Supreme

Outside of seeing Clemson and Alabama perched on top, there’s another thing that you’ll notice when you look at the Preseason Top 25 rankings that the NCAA just put out. There are a lot of SEC teams on the list.

There are seven SEC teams in total, which means that you can once again expect the SEC to reign supreme over the other NCAA football conferences. The ranked SEC teams include:

Based on all the preseason love that the conference is getting, it should be another incredible SEC season.

It’s always fun to see how new head coaches do during their first season with a team. This season, there will be 27 of them.

Some of the ones to watch will be:

Study Every College Football Preview You Can Find Before the Season

It’s good to arm yourself with as much information as you possibly can before you begin placing bets. You’ll gain an advantage when you know all there is to know about certain college football teams.