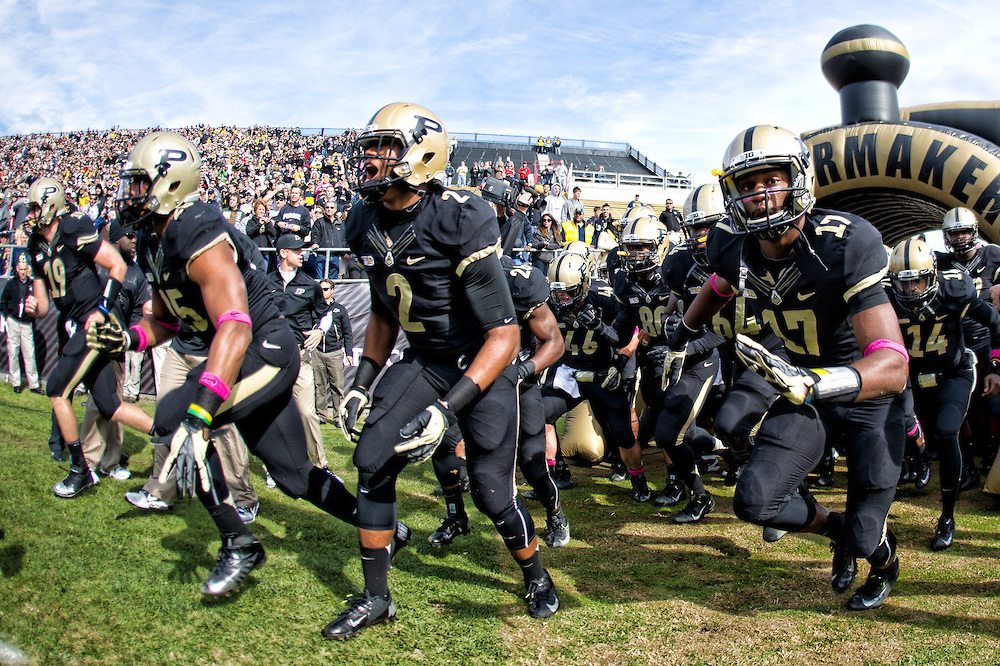 Meanwhile, Purdue remains one of the most improved teams in college football as head coach Darrell Hazell has the program heading in the right direction. The Boilermakers possess a solid defense that is allowing 5.7 yards per play to teams that would combine to average 6.0 yards per play, which is certainly good enough to stop a pathetic Northwestern attack (or lack thereof).

I expect Purdue to control the clock and win the time of possession battle by keeping the ball on the ground, and the Boilermakers should have success moving the chains with their running game. The situation also favors Purdue as the Boilermakers are coming off a much-needed bye week, whereas the Wildcats arrive in town off a thrilling come-from-behind overtime win over the Irish. That win sets up Northwestern into a negative 8-43-1 ATS road letdown situation of mine, which has already cashed four times this college football season.

Finally, Purdue’s improvement has not been taken into account by the oddsmakers as evidenced by the fact that the Boilermakers are 7-3 ATS this season. Conversely, the college football betting market continues to overvalue the Wildcats as evidenced by the fact that they are 5-15 ATS in their last twenty games and 4-10 ATS in their last fourteen conference games.

This matchup is also in the Boilermakers’ wheelhouse as they are 14-4 ATS at home versus .400 or worse opposition. With Purdue standing at 5-1-2 ATS following a loss and 12-4 ATS off a double-digit home loss, take the Boilermakers and invest with confidence.