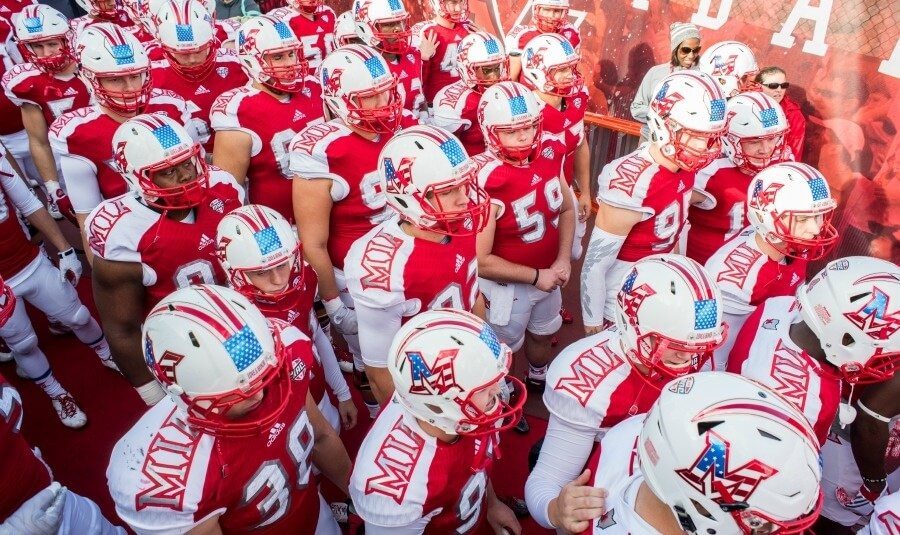 Miami Ohio college football head coach Chuck Martin is doing an outstanding job in Oxford as the Redhawks have made significant improvements in each of his first two years on the sidelines.  The third year is typically when college football teams make the most improvement under a new head coach, and Martin welcomes back sixteen starters for the 2016 campaign.

Those trends are in stark contrast to those owned by Miami Ohio, who is 13-4 ATS as an underdog of more than a touchdown under coach Martin, including a perfect 2-0 ATS this season.

Martin has also emphasized the importance of this in-state affair since arriving in Oxford.  The Redhawks have easily covered the spread in both meetings with Cincinnati, losing 31-24 as 30-point underdogs in 2014 and dropping a 37-33 contest last year as 21-point underdogs.

Let’s also note that college football home teams off an initial loss are a money-burning 30-54-2 ATS in Game Four if they allowed 35 or more points in their loss.  I also have to question the mental state of the Bearcats after last week’s disappointing loss to Houston.

Cincinnati also has a huge conference revenge game on deck against South Florida so a letdown/look-ahead possibility looms large for Tommy Tuberville’s squad.  My math only favors Cincinnati by 13 points so we’re also getting solid line value on the motivated Redhawks who are eager to secure their first win of the season.

Grab the points with the Redhawks as Oskeim Sports’ Free College Football Pick for Saturday and invest with confidence.