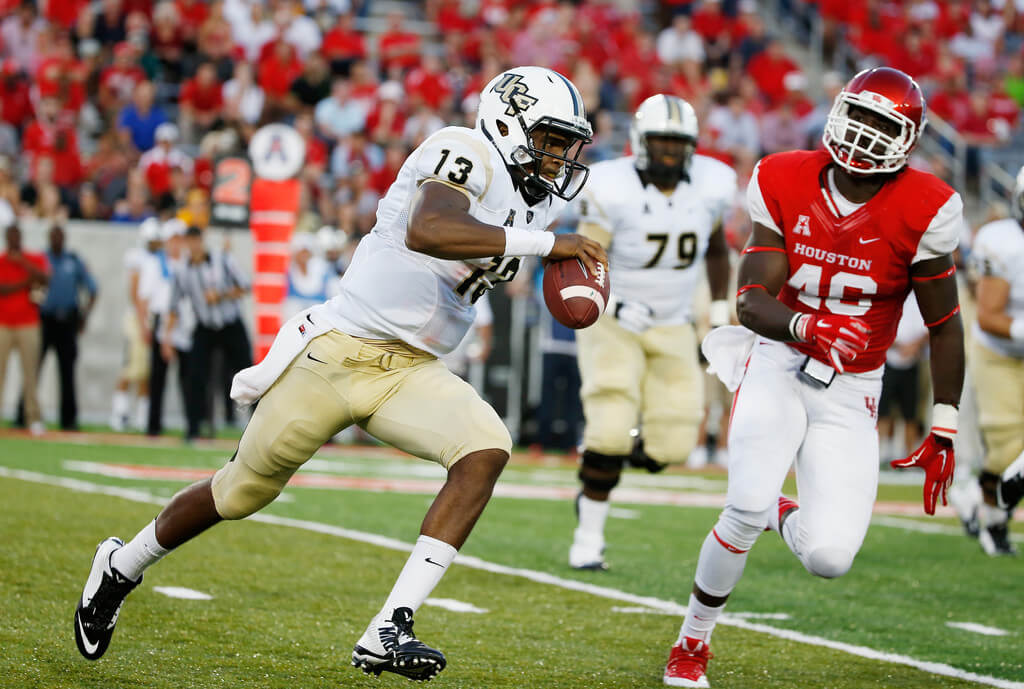 After suffering through an 0-12 college football season last year, Central Florida made one of the best offseason hires in Scott Frost, who spent seven seasons developing Oregon’s high-powered offense before arriving in Orlando.

With seventeen returning starters and excellent coordinators on both sides of the ball, the Knights entered 2016 as one of the most underrated college football teams in the nation.

Central Florida has not disappointed its fan base through the first eight weeks, posting a 4-3 SU and 5-2 ATS record, including taking down East Carolina as a 3-point road underdog.

The Knights are off a solid 24-16 win at Connecticut on Saturday and were the beneficiaries of an unexpected bye the week prior due to Hurricane Matthew.

Meanwhile, Houston had its playoff hopes dashed by Navy two weeks ago and has looked lackluster ever since.  The Cougars have failed to cover the point spread in each of their last two games and suffered a shocking 38-16 loss to lowly SMU last Saturday as 23-point favorites.

With their postseason hopes gone and rumors circulating about the impending departure of head coach Tom Herman, the Cougars are simply going through the motions in light of the circumstances.

Central Florida’s stop unit has excelled under the leadership of defensive coordinator Erik Chinander. The Knights are allowing just 4.7 yards per play to teams that would combine to average 5.5 yards per play against a mediocre defensive squad.

Central Florida’s secondary has been 0.4 yards per pass attempt better than average and is limiting opposing quarterbacks to a 51.8% completion rate.

Regardless of whether it’s on the ground or through the air, Houston’s pedestrian offense (5.7 yards per play against teams that would combine to allow 5.7 yards per play) will struggle to move the chains Saturday afternoon.

Finally, my math model favors Houston by less than six points so we are getting excellent line value on the underrated Knights. Grab the generous points in this college football affair and invest with confidence.