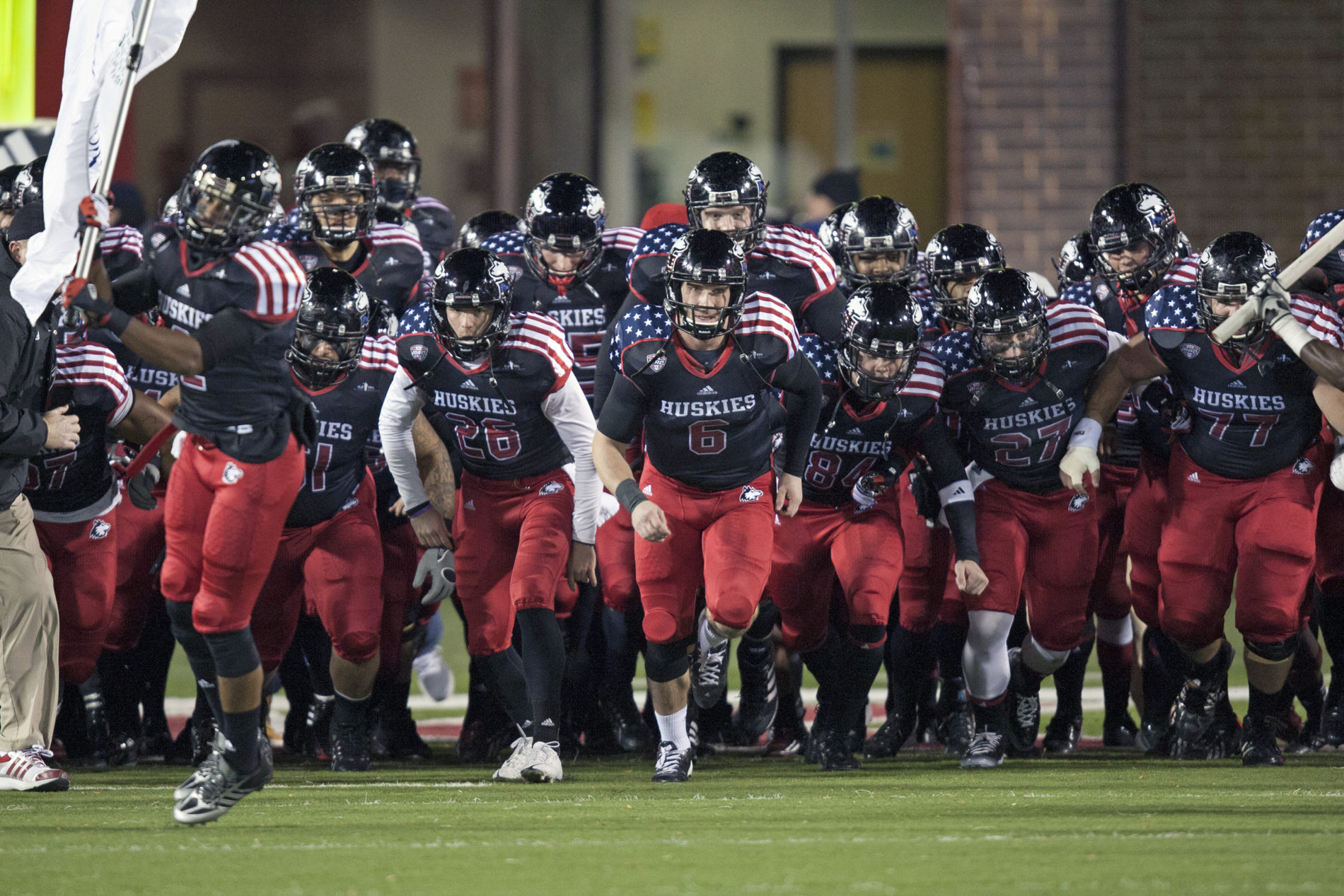 Northern Illinois is coming off an injury-riddled campaign in which it lost five of its first 6 games and had four quarterbacks throw at least 38 passes. However, the Huskies managed to win five of their final 6 games behind a strong defense that went from allowing 37.3 points per game to 20.6 points per game.

Overall, Northern Illinois returns seven starters on defense and should field one of the conference’s best stop units. With four returning players on the defensive line who combined for 21 starts last season, the Huskies will produce their best numbers since 2011.

Kane’s defense was the primary reason for Northern Illinois’ dramatic turnaround last year (5-1 L/6), and I expect that late-season surge to carry over into 2017.

Offensive coordinator Mike Uremovich welcomes back two experienced quarterbacks and one of the conference’s best running backs in senior Jordan Huff. Huff averaged 6.3 yards per rush attempt last season (206 rushes for 1,427 yards over three seasons) and should improve upon those numbers now that Northern Illinois’ quarterback situation has stabilized.

The Huskies return three starters along its offensive line (46 career starts) including 1st Team MAC right tackle Max Scharping. Both returning quarterbacks, junior Ryan Graham and sophomore Daniel Santacaterina, have been extremely impressive this summer and are currently locked into a battle for the starting job.

”The whole group of quarterbacks have done really well, all fall camp,” head coach Rod Carey said. “I’ve really been impressed with the progress they’ve made. The work they did in the summer, you can tell, put them on a platform to do what they’ve done in August.”

Reports from DeKalb indicate that the Huskies have had an excellent camp. “I think we had a good camp, I think the effort and energy was constant, and the improvement came as a result of that,” Cary said earlier this week. “I’ve been very happy across the board with the competition, a lot of guys are competing for spots. We entered camp with depth and we’ve gotten deeper, it’s been a good thing.”

Northern Illinois is 38-6 SU at home since 2009, including 14-3 SU in home openers. The Huskies are flying under the radar after last year’s disappointing 5-7 campaign and are one of the most improved teams in the nation. Meanwhile, Boston College arrives in town with a suspect offense that has been one of the worst units in college football.

The Eagles averaged 20.4 points per game and 4.5 yards per play against teams that would combine to allow 27.8 points and 5.7 yards per play to a mediocre offense.

Boston College was even worse on the road, averaging 17.3 points per game and 267 total yards at 4.3 yards per play. In the last two seasons, five different players have thrown at least 49 passes, and four of them are no longer on the team’s depth chart.

The position will be held by either junior Darius Wade or redshirt freshman Anthony Brown. Boston College’s elite stop unit will once again be burdened by the offense’s inability to move the chains.

Three-and-outs on offense have become part of the program’s culture, and I don’t see how second-year coordinator Scot Loeffler will make progress in 2017.

From 2010 to November 2015, the Huskies went 65-16, winning six consecutive division titles and three conference titles. The team is calling for a Black Out of Huskie Stadium on Friday night and the Huskies are poised for a bounce back season in 2017.

Finally, my math model only favors Boston College by 1.8-points so we are getting excellent line value with the home underdog. Grab the points with the underrated Huskies as one of Oskeim’s Free College Football Picks.