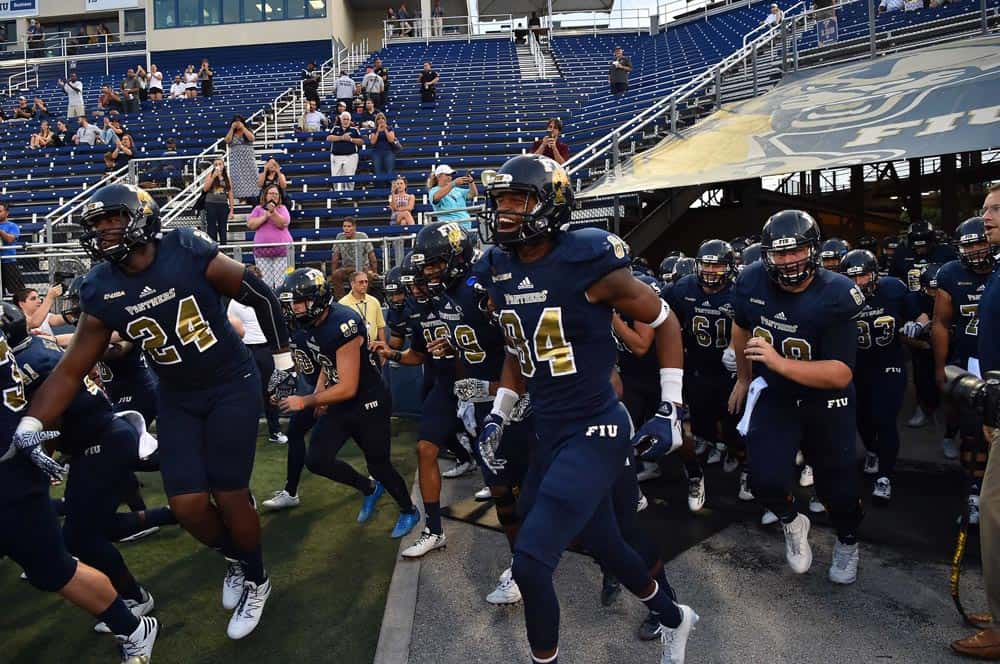 A lot of credit has to be given to Massachusetts head coach Mark Whipple, who has kept his team focused after a disappointing 0-6 start to the season. In fact, the Minutemen have won four of their last 5 games, including upsets over Appalachian State (30-27) and BYU (16-10). Those results alone constitute a “buy” sign for me, and my math model actually favors the Minutemen by nearly two points in this game.

More importantly, quarterback Andrew Ford is completing 62.5% of his pass attempts at 8.3 yards per pass play, which is certainly good enough to move the chains against a defensive backfield that is allowing opposing quarterbacks to complete 64.8% of their pass attempts this season.

Florida International’s defense has regressed over the past three weeks, allowing 35.3 points and 471 total yards per game at 5.3 yards per rush play, 8.5 yards per pass play and 6.8 yards per play.

Meanwhile, Massachusetts’ defense possesses an advantage over both the Panthers’ below-average ground and aerial attacks. I also like the fact that the Minutemen are limiting opposing quarterbacks to a 45.5% completion rate at 5.6 yards per pass attempt in their last three games.

The Panthers will be without wide receiver Julian Williams, who was fourth on the team in receptions (19) and averaged 14.0 yards per catch. Florida International’s leading receiver, Thomas Owens, is questionable to play on Saturday due to sustaining a concussion earlier in the month. Owens boasts a team-high 59 receptions for 887 yards at 15.0 yards per catch and hasn’t played since November 11.

From a technical standpoint, Massachusetts applies to a very good 28-5 ATS system that invests against certain home teams priced between +3 and -3 that committed one or fewer turnovers in their previous game versus opponents that finished with a +2 or greater turnover margin in each of past two games.

The Minutemen also fall into 27-6 ATS and 41-13 ATS systems that are predicated on investing against certain teams in competitively-priced games with a subpar offense versus non-conference foes with a superior attack.

Finally, Massachusetts is 8-1 ATS in the second half of the season over the last three seasons and 5-0 ATS in its last five games following a win. Grab the available points with the better team as one of Oskeim Sports College Football Picks for Saturday, December 2, 2017.