College Football Odds: What Are the Odds for the Best Week One Games? 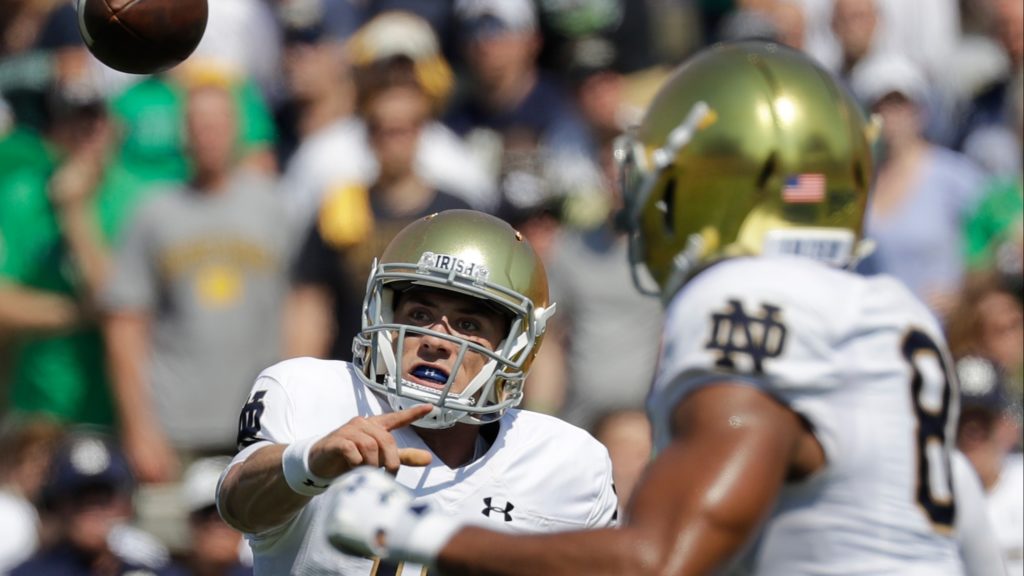 The summer may have just started, but most college football fans already have one eye focused squarely on the fall. They can’t wait to see where their teams stand when the 2019 NCAA Division I FBS football season kicks off at the end of August.

There are also many sports bettors looking forward to all the action that’s set to come their way soon. Now that sports gambling has been legalized in a bunch of states, there will be more people than ever before betting on college football.

Here are the college football odds for some of the most anticipated matchups.

Florida showed some real promise in 2018 by finishing ranked in the top 10 for the first time since 2012. They went 10-3 and crushed Michigan in the Peach Bowl to end the season.

But the schedule makers didn’t do the Gators any favors to start the 2019 season.

They’ll open up against Miami and their first-year head coach Manny Diaz. The rivalry game will be a great test for both teams and a good indication of what kind of season each team might have.

The last time we saw Clemson’s sensational sophomore quarterback Trevor Lawrence, he was hoisting the offensive MVP trophy after the College Football Playoff National Championship game. He helped the Tigers knock off Alabama in thrilling fashion.

Clemson shouldn’t have too much trouble dismantling Georgia Tech and their new-look offense under first-year head coach Geoff Collins. But it’ll be interesting to see how much better Clemson is than one of their fellow ACC teams right from the start of the season.

Even though Willie Taggart was in his first season as the Florida State head coach in 2018, there were people calling for his job before the season ended. The Seminoles finished a disappointing 5-7 and suffered blowout losses to teams like Syracuse and NC State along the way.

Taggart ended up keeping his job. But he might not hold onto it for long if Florida State comes out and struggles against Boise State in a game that’ll take place in their own backyard.

It’s been almost five years now since Alabama missed out on the opportunity to play for a college football national championship. Can they return to the big game again this season?

It’s still too early to tell. But what we can tell you is that Duke isn’t going to put up much of a fight and pull off what would be one of the biggest college football upsets ever.

Alabama will have new starters at a bunch of different positions, including running back, tight end, and safety. But the Crimson Tide should still be able to run through the Blue Devils and get the bad taste out of their mouths following their loss to Clemson in last season’s title game.

Track Down the Most Attractive Week 1 College Football Odds

We’ve told you about the college football odds for four of the biggest matchups from Week 1 of the 2019 college football season here. But there are so many other games to bet on at the beginning of the season.

There are so many, in fact, that it can be hard to pick and choose which games to bet on. We can help make the decision easier for you by shining some light on which odds you should take.

Buy sports picks from us to find out which Week 1 college games are worth your time and money.