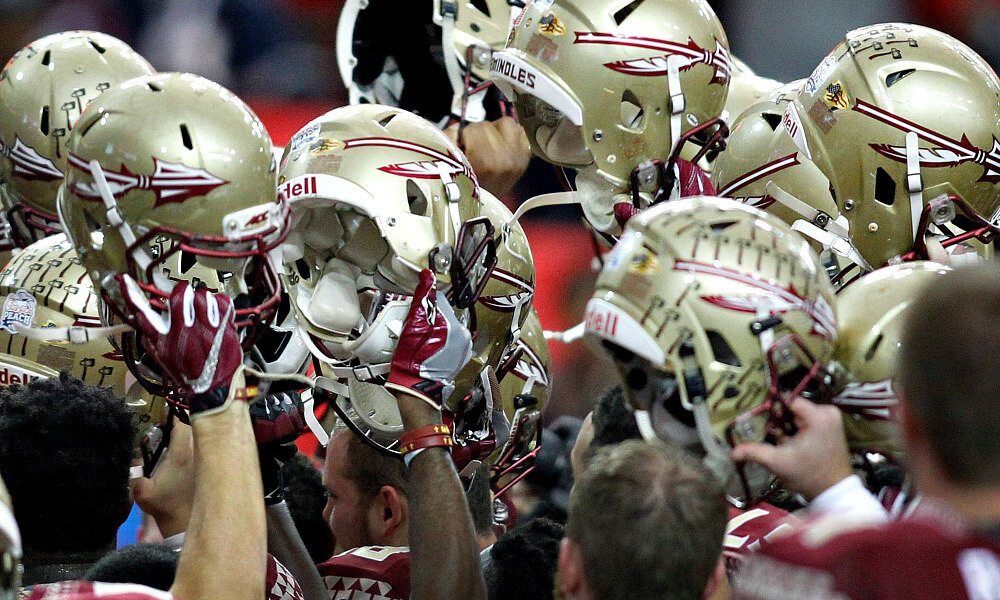 The scheduling dynamics are less than ideal for Florida State, who had its last two games canceled due to Hurricane Irma.

College football teams playing with rest following a loss are just 2-7 SU and ATS in Game Two of the season versus an opponent playing in its fourth game of the season, including 0-3 SU and ATS when laying points.

The extended layoff also comes on the heels of losing star quarterback Deondre Francois for the season (knee injury) against Alabama.

True freshman James Blackman will make his first collegiate start on Saturday against a North Carolina State front seven that is loaded with NFL caliber talent.

The Wolfpack returned seven of their top 8 defensive linemen from last year’s unit that allowed just 3.3 yards per rush attempt and compiled 37 sacks.

Based on the Wolfpack’s experience on offense, they apply to a very good 60-25 ATS system that invests on certain teams with eight or more returning starters on offense following a game in which they garnered at least 475 total yards.

From a technical standpoint, North Carolina State is a profitable 15-5-1 ATS in the last 21 meetings in this series (10-2 ATS since 2005), including 6-2 ATS in its last eight trips to Tallahassee.

North Carolina State has not won eight regular season games since 2010 but head coach Dave Doeren has one of the most experienced teams in the nation (17 returning starters), making the Wolfpack legitimate contenders in the ACC Atlantic Division.

With the Wolfpack standing at 4-1 ATS in their last five road affairs and 8-3 ATS in their last eleven games off a win by 20+ points, grab the points with North Carolina State as Oskeim Sports’ College Football Best for Saturday, September 23.