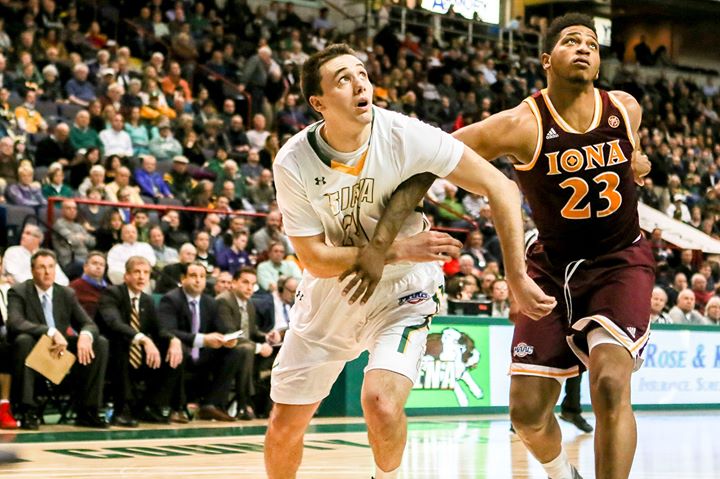 Riddled with controversy for a better part of the 2016-2017 campaign, Siena has managed to reel off back-to-back wins over Fairfield (78-66) and Monmouth (89-85) to reach the Metro Atlantic Athletic Conference Championship game.

In fact, the Saints have won five of their last 6 and seven of their last 9 college basketball games overall.  Siena has exceeded market expectations in four straight games (4-0 ATS) and enter tonight’s game with a 5-1 ATS record in neutral site contests.

The Saints are 4-1 ATS in their last five games versus .501 or greater opposition, while the underdog is a near-perfect 6-1 ATS in the last seven meetings in this series.

Iona arrives in the MAAC Championship game off a convincing 73-65 win over St. Peter’s, who I had projected to win the conference tournament. However, the Gaels are a money-burning 1-4 ATS in their last five games following a win and 1-8 ATS in their last nine games after covering the point spread.

Siena’s offense has reached a new level over the last five games wherein the Saints are averaging 79.2 points per game on 48.8% shooting from the field and 38.2% from beyond the arc.

The bigger issue for Iona fans is the fact that the Gaels are yielding 78.0 points per game in conference play this season.  Opponents are shooting 47.0% from the field and 37.9% from three-point territory in Iona’s last five games, while conference foes are converting 38.2% of their attempts from beyond the arc.

Siena has also started playing better at the defensive end of the floor, limiting opponents to just 72.4 points (43.4% FG; 32.4% 3-PT) in its last five games.  The Saints are currently ranked 68th in the nation in rebound margin (+3.8) and possess an edge on the glass against Iona.