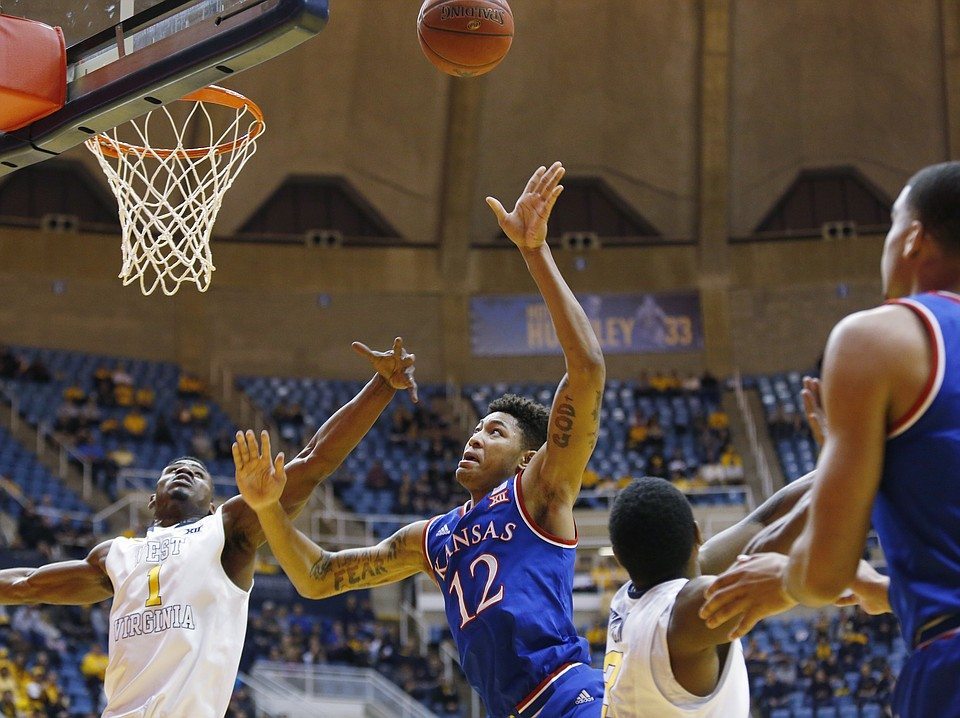 Kansas owns one of the best home court advantages in college basketball as evidenced by the fact that the Jayhawks are 189-9 (.955) within the friendly confines of Allen Fieldhouse under head coach Bill Self, including going 131-3 (.978) over its last 134 games. It’s Senior Night in Lawrence, which is significant in that the Jayhawks have won 31 consecutive home finales, including thirty straight Senior Nights dating back to the 1983-1984 season. Let’s also note that Kansas is 61-32 (.656) versus Associated Press ranked teams, including posting an impressive 39-15 (.722) mark since 2009.

Kansas takes the floor with an explosive offense that is averaging 71.7 points per game against teams that would combine to allow 62.5 points per game against mediocre offensive squads. More importantly, the Jayhawks are 14-0 at home this season where they are averaging 78.3 points per game on 47.4% shooting from the field and 39.3% from beyond the arc. Junior forward Perry Ellis leads Kansas with a 14.5 scoring average and 7.2 rebound average and is the only player in the Big 12 Conference to rank sixth or higher in scoring and rebounding. Ellis has been unstoppable over the last three games wherein he is averaging 25.0 points and 9.7 rebounds.

Even more concerning for West Virginia investors is the fact that the Mountaineers are yielding 70.4 points per game on 48.4% shooting from the field and 41.1% from beyond the arc away from home this season. West Virginia’s lack of perimeter defense will be exploited by a Kansas offense that leads the Big 12 in three-point field goal percentage (.397).

The biggest concern for West Virginia is the anticipated absence of seniors Juwan Staten, who is the team’s leading scorer and Big 12 Preseason Player of the Year, and Gary Browne, who has 33 steals and averages 7.0 points per game. Both guards are listed as ‘doubtful’ for tonight’s game in Lawrence, and their absence all-but assures a double-digit loss to the revenge-minded Jayhawks.

Let’s not forget that Kansas suffered a last second loss in Morgantown on February 16 when Staten made a layup with 3.4 seconds remaining in the game. And, revenge is likely in light of the fact that West Virginia has lost its last two games in Lawrence by double-digits (83-69 in 2014 and 91-65 in 2013). I also like the fact that the home team is a perfect 5-0 ATS in the last five meetings overall.

From a technical standpoint, Kansas is 12-3 ATS versus teams owning a win percentage between .600 and .800, 14-4 ATS at home off a conference win and 21-10 ATS off one or more consecutive wins, whereas the Mountaineers are 0-6 ATS in March games, 6-16 ATS versus teams with a winning record (after 15+ games) and 8-18 ATS following a loss. With Kansas standing at 7-2-1 ATS in its last ten home games, take the Jayhawks to clinch the Big 12 Conference title with a blowout win over a depleted West Virginia squad.