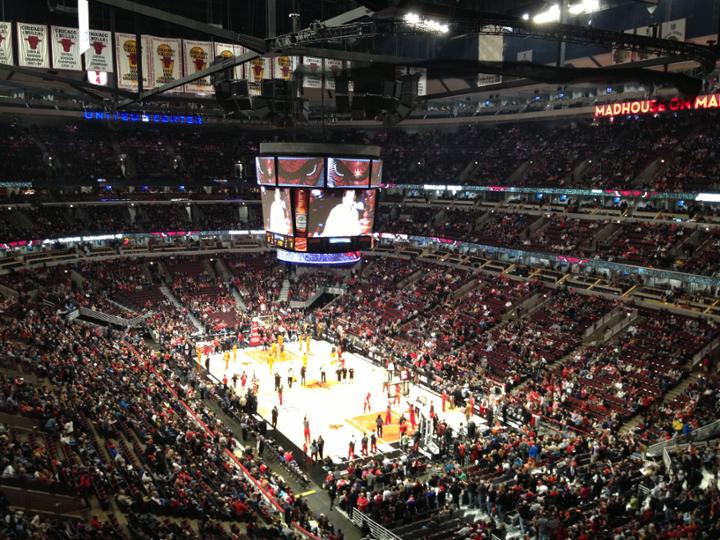 Illinois returns all five starters from the college basketball lineup that went 7-5 over the last twelve games last season. “We’ve got great depth at every position,” head coach John Groce said. “We have two at every spot. It’s probably the deepest team I’ve had. We can play big ball. We can play small ball. Depth breeds accountability. Guys have to earn stuff.” Making Illinois even more potent are transfer guards Aaron Cosby and Ahmad Starks, both of whom are eligible this season.

Starks started 73 games during his tenure at Oregon State and left the school as its all-time leader in three-pointers. Cosby averaged 12.6 points per game at Seton Hall in 2012-2013 before transferring to Illinois, and he kicked off this season with a nine-game tour of China over the summer where he averaged 18.1 points. Illinois also welcomes top 50 recruit Leron Black, who represents the program’s best out-of-state freshman since Deron Williams twelve years ago. This season, Cosby is averaging 9.1 points per game (24:13 mpg), Starks is averaging 7.8 points per game (23:13 mpg) and Black is averaging 6.7 points per game (14:40 mpg).

The Illini also play very good defense as they are allowing 63.9 points per game to teams that would combine to average 67.7 points per game against mediocre defensive squads. Meanwhile, Oregon is 0-2 SU and ATS on the road this season where it is averaging just 63.0 points per game on 38.3% shooting from the field and 30.4% from beyond the arc.

These numbers are important in that Illinois has held its opponents to less than 70 points in six of seven wins this season, and 32 of 34 victories dating back to February 10, 2013. Illinois is also forcing 15.6 turnovers per game this season, and the Illini are capitalizing on those extra possessions by outscoring the opponent by an average of 7.5 points per game off turnovers.

Illinois has also become extremely responsible with the ball under coach Groce. In fact, Illinois set a school record for fewest turnovers (by average) last season, turning the ball over just 10.3 times per game. The Illini have been even better taking care of the rock this season wherein they are averaging just 9.8 turnovers through nine games, ranking third in the nation in turnover rate (.139). I also like the fact that Illinois ranks seventh nationally in turnovers, eighth in turnover margin (+5.8) and 20th in assist/turnover ratio (1.45).

Illinois is 35-12 (.745) at the United Center since the 1994-1995 season, and is 3-1 under Groce at its “home away from home.” Meanwhile, I am not sure there is a college basketball program that has experienced more adversity than Oregon has over the last year. Last spring, three Oregon players were accused of rape and were ultimately dismissed from the team and expelled from the school. Two other Ducks transferred, while another player failed to be admitted to the University. Five other players ran out of eligibility, thereby leaving head coach Dana Altman with ten scholarship players for the 2014-2015 campaign.

“We’re just a little short on numbers,” coach Altman said. Those words could qualify as the understatement of the year in college basketball! With Illinois standing at 13-7-1 ATS versus Pac-12 opposition, lay the points with the Illini in this college basketball affair and invest with confidence.