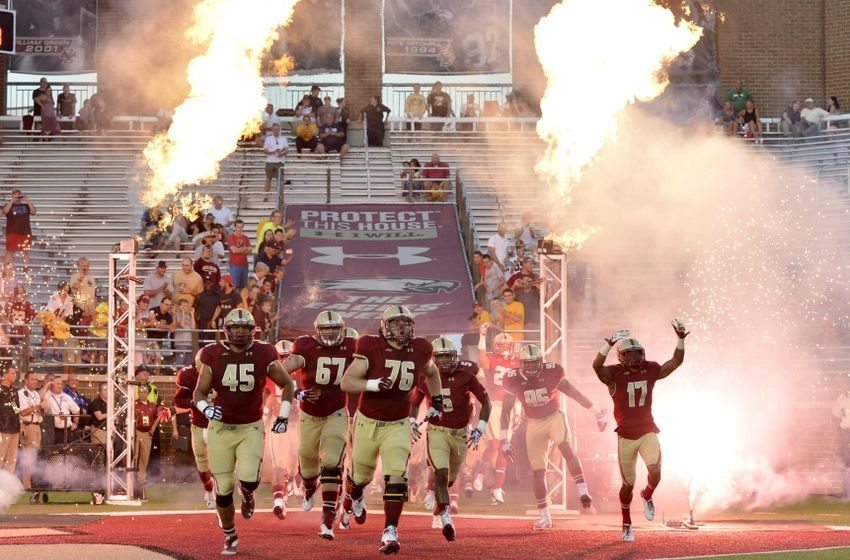 Louisville is forced to pack its bags and travel to frigid Massachusetts only days after blowing a 21-point lead at home against the defending national champions (Florida State) on national television.  Meanwhile, Boston College continues to be underrated and undervalued by the betting market despite pulling upsets over USC (37-31; 17-point underdogs), North Carolina State (30-14; 2.5-point underdogs) and Virginia Tech (33-31; 3-point underdogs).

As I stated earlier herein, the situation is extremely favorable to Boston College as the Cardinals are traveling north on the heels of blowing a massive lead against Florida State.  To expect anything other than a deflated, disinterested and unfocused Louisville squad would be ignoring the realities of the situation.  From a technical standpoint, Louisville applies to a very negative 11-54-3 ATS road letdown system of mine that is predicated upon its loss to the Seminoles, whereas the Eagles fall into a very strong 37-3-1 ATS home momentum angle that is 4-0 ATS over the last two seasons.

Let’s also note that Boston College is 11-4 ATS at home, 8-3 ATS versus teams with a winning record, 9-4 ATS versus conference opponents, 4-1 ATS as conference underdogs, 9-4 ATS in November games and 5-0 ATS at home versus teams with a winning road record.  With Boston College having cashed tickets in three of the last four meetings between these teams, grab the points with the Eagles and invest with confidence.