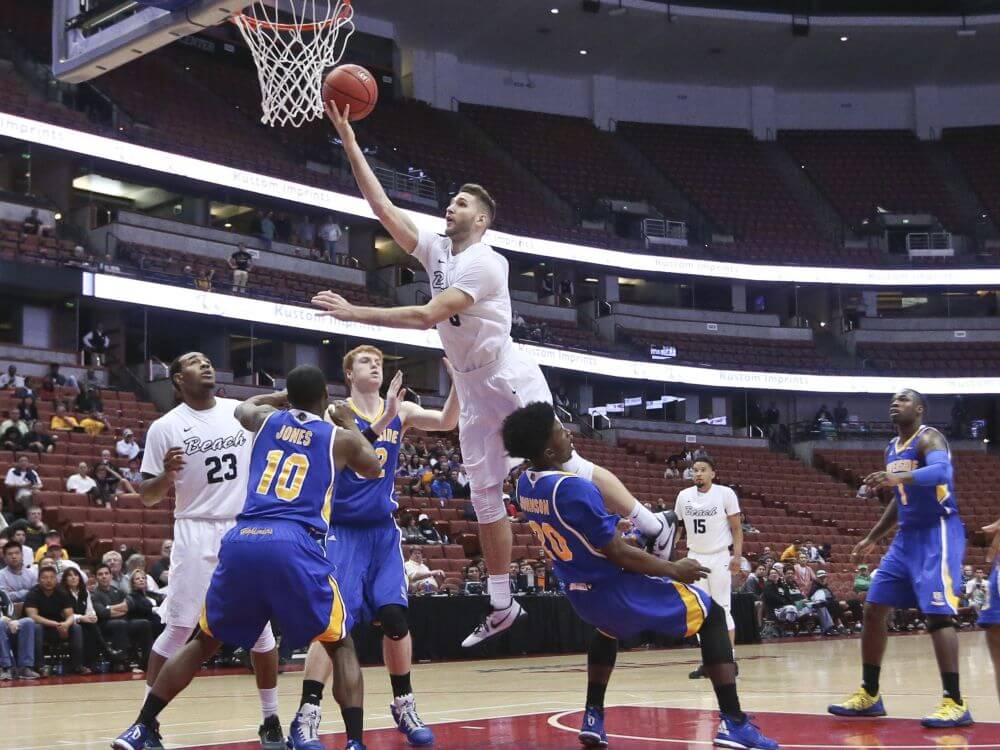 After a grueling non-conference schedule, which has become the trademark of head coach Dan Monson, Long Beach State has managed to win four of its last five games, including a huge 72-63 upset over Big West Conference foe Cal-Irvine on Saturday.

However, that short-term success brings us to the fact that the 49ers are a money-burning 1-10 ATS on the road after winning three of their last four contests.  Long Beach State is also just 9-19 ATS as a favorite of 6.5-points or less, 3-8 ATS in its last eleven games as a road favorite, 2-8-1 ATS versus .499 or worse opposition and 3-9 ATS in its last 12 games overall.

Coach Monson’s squad continues to fail at the defensive end of the court where they are allowing 82.1 points per game to teams that would combine to average 74.3 points per game. Teams are making 46.8% of their field goal attempts and 38.8% of their three-pointers against the 49ers this season.

The 49ers remain without starting forward Gabe Levin, who has been sidelined since January with a nagging knee injury.  Levin was averaging 12.2 points and 6.2 rebounds in 27:04 minutes per game before getting injured.

Long Beach State will also be without Noah Blackwell, who was downgraded to expected to miss tonight’s game against Cal-Riverside due to a lingering foot injury.  Blackwell was averaging 7.8 points, 2.4 rebounds and 1.8 assists in 23:55 minutes per game before sitting out the last two games.

Cal-Riverside plays stifling defense at home, allowing just 60.0 points per game on 34.4% shooting from the floor and 26.4% from beyond the arc.  The Highlanders have won five of their last seven games over which time they are limiting opponents to a mere 62.0 points per game (37.1% FG%).

I also like the fact that Cal-Riverside is holding conference foes to just 38.0% shooting from the field and 31.0% from three-point territory.  Long Beach State has been overrated all season as evidenced by its 6-14 ATS record.  And, a natural letdown for the 49ers is in order after upsetting Cal-Irvine and now facing an 8-13 Cal-Riverside squad.

With Long Beach State representing an 80% ATS losing proposition versus teams with a losing record, grab the points with the Highlanders as Oskeim Sports’ free Big West Conference Sports Pick for Thursday, February 9.