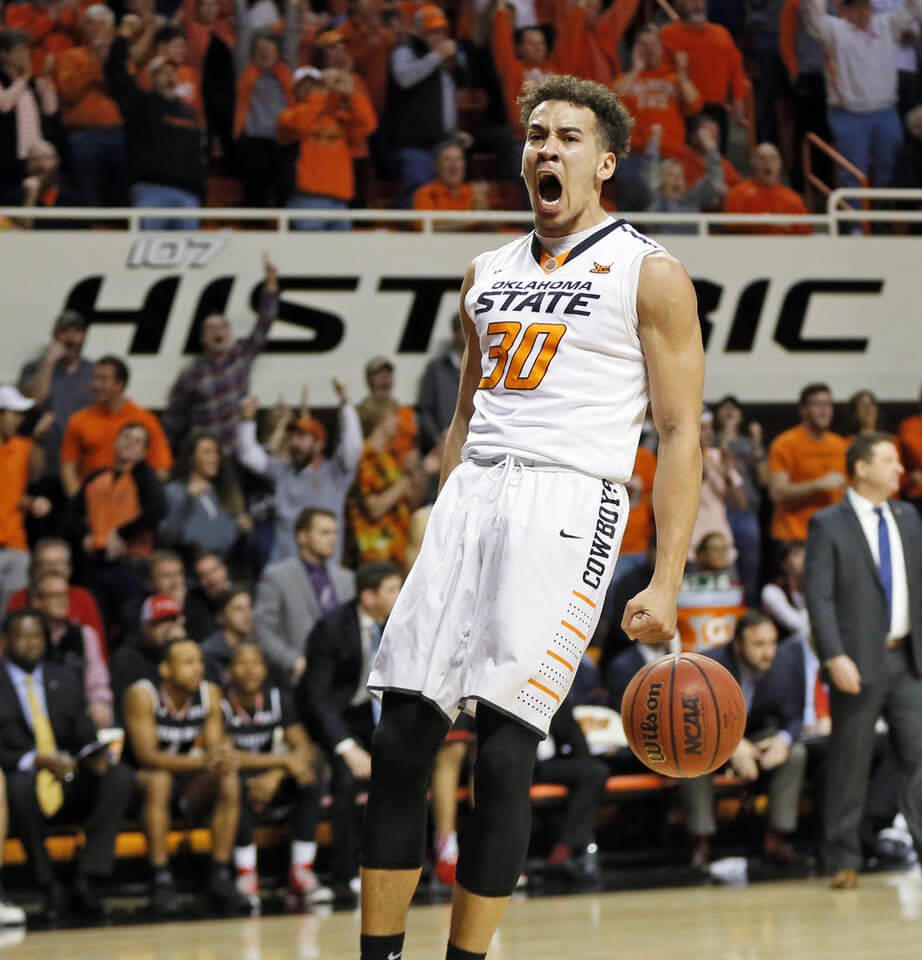 My math model favors Oklahoma State in this game so we are getting decent line value with one of the hottest teams in college basketball.  The Cowboys have won ten of their last 12 games overall, including upsets over Texas Tech (83-64), West Virginia (82-75), TCU (71-68) and Kansas State (80-68).

The Cowboys are 11-4 SU at home this season where they are averaging a remarkable 92.1 points per game on 48.6% shooting from the field and 39.8% from beyond the arc.

Oklahoma State is ranked 9th in the nation in scoring offense, 12th in three-point field goal percentage (40.6%) and 4th in free throw percentage (78.4%).  In what could be an extremely competitive game, I like the fact that the Cowboys are capable of protecting and preserving a lead at the charity stripe.

Indeed, Oklahoma State is making 79.9% of their foul shots at home this season.  In contrast, Kansas is shooting just 65.7% from the foul line.

Oklahoma State head coach Brad Underwood has done a tremendous job in Stillwater, picking up his 100th career victory in his 122nd game on January 21 (tied for the 10th fastest coach to reach the century mark in college basketball history).

At 109-24, Underwood owns an .819 career win percentage, which is tops among all active coaches.  Arriving from Stephen F. Austin, Underwood took over a roster with just fifteen combined years of collegiate experience and the conference’s youngest squad at average age of 20.2 years.

Let’s also note that the home team is 6-1 ATS in the last seven meetings in this series, while the Jayhawks are 2-5 ATS in their last seven trips to Stillwater.