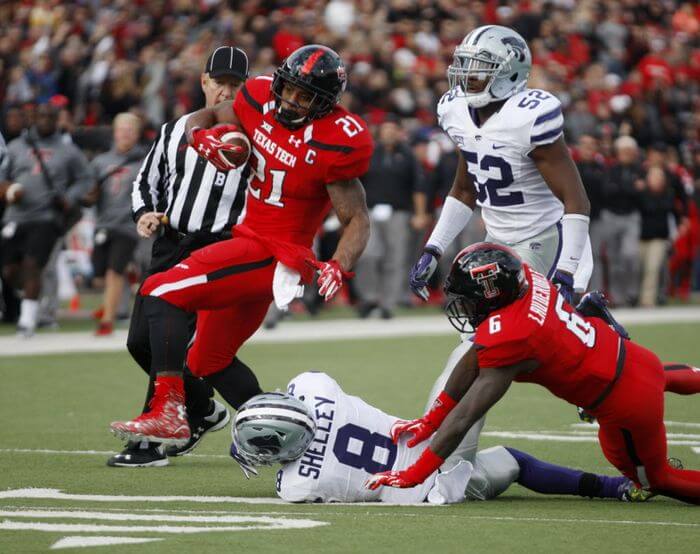 Kansas State is one of the strongest technical plays of the weekend as the Wildcats are 43-17 ATS versus Big 12 Conference opponents, 36-16-1 ATS in the month of October and 21-8-1 ATS versus teams with a winning record.

Meanwhile, Kansas State head coach Bill Snyder is an incredible 34-12-1 ATS at home following a loss, including 15-2-1 ATS in the last eighteen games under these circumstances and 15-2 ATS versus teams off a SU and ATS win.  Wow!

The Wildcats possess a very good defense that is allowing just 12.5 points and 240 total yards per game at 4.4 yards per play to teams that would combine to average 5.1 yards per play against a mediocre defensive squad.

Texas Tech hits the road for the first time in four weeks with an explosive attack that is 1.4 yards per play better than average (8.0 yards per play against teams that would combine to allow 6.6 yards per play).

However, the Red Raiders will be without starting quarterback Patrick Mahomes, who has been downgraded to “doubtful” due to a shoulder injury suffered against Kansas last week.

With Mahomes sidelined, Iowa transfer Nic Shimonek will be making his first career road start against a fearless Kansas State defense.  The Wildcats have held their last three opponents to season-low yardage and are anxious to welcome an inexperienced backup quarterback to Manhattan for tonight’s Big 12 Conference clash.

Let’s also note that Texas Tech is 1-5 ATS in its last six October games and 1-4 ATS in the last five meetings in this series.

Lay the points with Kansas State as Oskeim Sports’ Free Pick in the Big 12 Conference on Saturday, October 8.