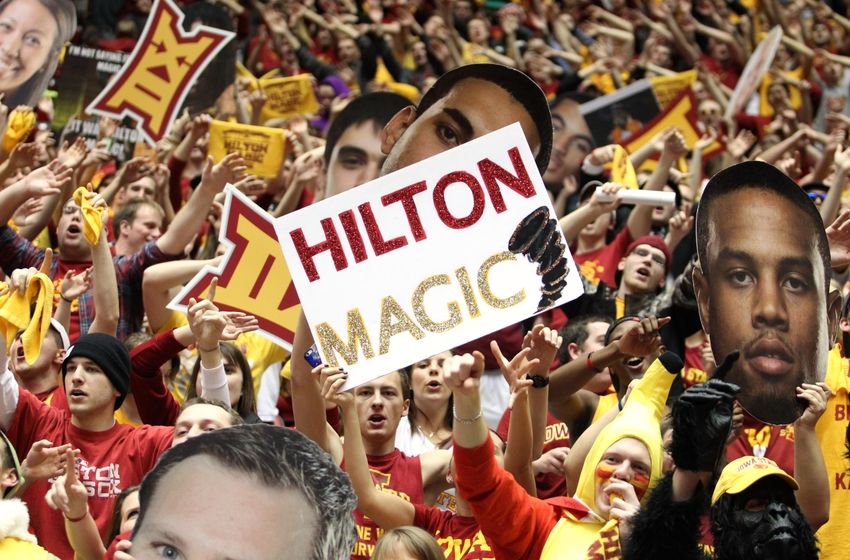 Since the Hilton Coliseum was built in 1971, the Cyclones have compiled an impressive 503-166 (75.2%) record within its friendly confines, including going 70-10 (87,5%) under head coach Fred Hoiberg (57-4 last four seasons). Iowa State is a profitable 46-18 ATS as a home favorite of six points or less, including 10-2 ATS over the last three seasons. I also like the fact that the Cyclones are 13-5 ATS in their last eighteen games versus .601 or greater opposition, 18-8 ATS in their last 26 home games versus teams with a winning road record and 7-3 ATS in their last ten conference games.

Iowa State takes the court with an explosive attack that is averaging 79.7 points per game on 48.4% shooting from the field against teams that would combine to allow just 66.2 points per game to a mediocre offensive squad. Even more impressive is the fact that the Cyclones are a perfect 10-0 at home this season where they are averaging 83.5 points per game on 50.4% shooting from the floor. Iowa State leads the Big 12 Conference in both scoring (16th nationally) and field goal shooting percentage (18th nationally), and the Cyclones boast an extremely well-balanced attack.

In fact, eight different players have led the team in scoring this season, while nine different players have led the team in rebounding. Iowa State has also benefited from the addition of Jameel McKay, who became eligible on December 29 and has averaged 9.7 points, 5.8 rebounds and 2.4 blocks per game on 60.4% shooting from the field. The two-time NJCAA first-team All-American has 22 blocks in the last eight games, and his 2.8 blocks in conference games is second best in the Big 12 Conference. Iowa State’s offense is led by point guard Monte Morris, who is averaging 10.7 points per game and leads the conference in both assists (5.6; 19th nationally) and assist-to-turnover ratio (5.1; 1st nationally). The Cousy Award watch list member also owns a team-high 31 steals.

The Longhorns will certainly struggle to score against a solid Iowa State defense that is limiting opponents to just 65.6 points per game at home this season. With Iowa State standing at 8-1 ATS as a home favorite of 3.5 to 6 points over the last three seasons, take the Cyclones and invest with confidence.