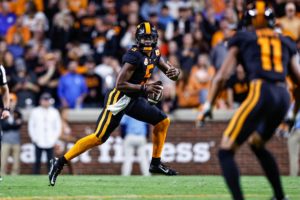 One of the best periods of the year will be here before you know it. The college football bowl season, which takes place throughout the holidays, is a thrilling time. Betting on college football postseason games is entirely different from picking winners during regular season games.

When betting during the bowl season, bettors must give some elements a little more consideration. It’s the same with the College Football Playoff. Keep these tools in your toolbox to make the most of the college football postseason and win more football bets.

Football is a game of “Jimmies and Joes”, meaning that matchups are important. Alabama has better talent than a team like UTEP. The Miners beating the Crimson Tide is highly unlikely. Plus, Alabama has the better head coach.

In the modern era of coaching changes and player opt-outs, it is critical to take into account coaches and players. Many well-known players—and even some lesser-known ones—will skip a bowl game in order to prepare for the NFL draft.

Additionally, coaching changes tend to occur at this time of year. In some cases, a new head coach will coach in a bowl game. Whether a new coach does or does not coach a bowl game, bettors need to address the coaching staff before making a wager.

A bowl game can have varying levels of significance for competing teams. A Power 5 team playing in a lower-level bowl game won’t be as driven as its Group of 5 teams hungry for an upset. The easiest way to handicap a bowl game is to look at which team wants to be there.

Bettors should be aware of the following information when handicapping a bowl or playoff game.

The majority of bowl games take place in neutral locations. However, just because a game is in a neutral location doesn’t mean that one team may have an advantage. Imagine a team from the West Coast playing in the Quick Lane Bowl in Detroit, Michigan.  Their opponent is Toledo, which is located roughly 60 miles from Detroit, just across the Ohio-Michigan border. It’s pretty likely that Toledo will benefit from having more fans show up. That gives the Rockets an advantage. Some teams, like Clemson for example, travel well too. Keep that in mind when betting the college football postseason.

In bowl games, bettors should be on the lookout for double-digit underdogs. Since 2005, underdogs of +10 or more have gone 41–30, or 57.5 percent, against the spread.  Underdogs in this position are usually Group of 5 teams playing Power 5 teams in a lower-level bowl game. Sometimes, the underdog is a Power 5 team that finished around .500. This is a situation where the motivation factor plays a role.

Examining conferences and how they perform early in the bowl season is also beneficial. For instance, the MAC usually does poorly in bowl games. Teams from the MAC are 31-43-4 ATS since 2005.

But the MAC is 10-6-1 against the spread over the previous two seasons. In some years, the Group of Five Conferences will perform well. The motivation factor is key. Teams from Group of 5 conferences want to show the Power 5 they can play with them. The American Athletic Conference, Mountain West, and Sun Belt combined to go 11-3 SU in the 2021 college football postseason.