Betting Odds: Who Will Start at QB for New England in Week One? 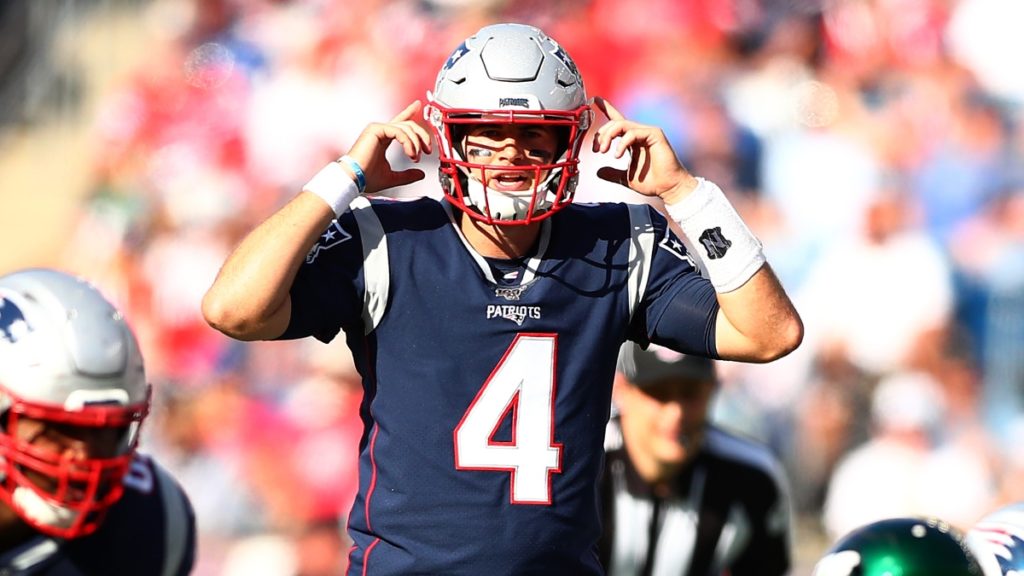 For the first time in over roughly two decades, the New England Patriots will have a new quarterback. With future Hall of Famer Tom Brady now in Tampa Bay, New England head coach Bill Belichick and offensive coordinator Josh McDaniels need to find a starting quarterback.

There are plenty of candidates. Some are even in-house. There are still a number of solid free-agent quarterbacks after guys like Philip Rivers (Indianapolis) and Teddy Bridgewater (Carolina) were taken off the board.

Here’s a look at the favorites to be under center in New England in Week 1 of the 2020 NFL season.

Belichick has been a pretty good evaluator of talent. In the 2019 draft, he selected former Baylor and Auburn quarterback Jarrett Stidham in the fourth round. Stidham probably has the most upside of any in-house candidate.

In the exhibition season last year, Stidham completed 67 percent of his passes, averaged over eight yards per attempt, and ended with a passer rating of 102.3. He’s also had a year in the system and it’s the reason why he is the presumptive favorite at -350 to start in 2020.

Brian Hoyer signed with the Patriots on March 25 and, while he has starting NFL experience, is the likely backup to Stidham. Will he beat out the younger Stidham and start the 2020 season? Possible, but unexpected and that’s why Hoyer’s betting odds to start are set at +250.

There were a number of experienced NFL veteran quarterbacks on the table not long after the start of the NFL’s calendar year on March 18. Almost instantly though, many of those names were scooped up by other teams. Marcus Mariota signed with the Raiders. Ryan Tannehill signed a nice $121 million deal to stay in Tennessee and former Super Bowl MVP Nick Foles was traded to Chicago.

Still, there are some quality veteran quarterbacks on the market. It starts with the two most obvious free agents – Cam Newton and Jameis Winston. Newton checks in at +750 to start in New England and Winston’s betting odds are +1050.

Newton is coming off an injury and Winston is the opposite of what Belichick and McDaniels want in a quarterback. Remember, as Tampa Bay’s starter last year, Winston threw 30 interceptions.

Then, there’s Joe Flacco. He is also a former Super Bowl MVP who was cut by Denver earlier this year after not passing a physical. Flacco won a lot of games in Baltimore and is a safer bet than Newton or Winston at +330.

The one other name on the veteran list is Cincinnati’s Andy Dalton. The Bengals, of course, are all set to take LSU’s Joe Burrow with the No. 1 pick in this year’s draft. Will Dalton stay in Cincinnati as a bridge to the future in Burrow? Or might he look to move on from Cincy?

If Dalton would leave, there is a chance he could wind up in New England. Oddsmakers see that move as a bit of a longshot though at +950. The problem with Dalton right now is his $17 million salary-cap hit. He would have to renegotiate his current contract or the Bengals would have to cut him for a move to the Patriots to make sense.

The Patriots do not pick in the draft until No. 23 and by that time it is likely that Burrow, Alabama’s Tua Tagovailoa, and Oregon’s Justin Herbert are gone. Herbert is the longest of longshot bets at +2400. It’s more likely Herbert is selected in the draft’s top ten.

Another possibility – and still a longshot – is that the Patriots take a chance of Utah State QB Jordan Love (+2400). Love is big at 6-4 and 225 pounds and extremely athletic.

He is mobile and has a rocket arm. The problem for New England, and other NFL teams, is the caliber of competition he played against and the number of turnovers he had during his tenure at Utah State.

In true New England fashion, Belichick could find his starter in Round 2 or 3. Both Jacob Eason (+1950) and Jake Fromm (+2400) are projected to fall into the second or third round of the draft. They were former teammates at Georgia and Eason transferred to Washington after an injury cost him the starting job to Fromm.

Fromm is smaller at 6-2 and doesn’t have quite the arm that Eason does. Eason is more like Brady at 6-6 with an elite arm and a lack of mobility. At +1950, he makes for a better longshot bet than Fromm from a betting odds standpoint.