Betting 101: How to Bet Back-to-Back Games in the NBA 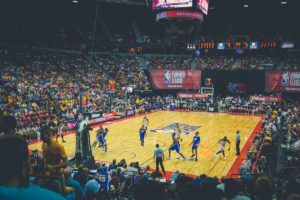 NBA teams are frequently required to play two games on consecutive nights. They may find that circumstance to be difficult because these games are often played on the road requiring teams to travel long distances between games.

These back-to-back games can give sports bettors headaches. You can’t just assume that a team playing back-to-back will be tired and struggle to cover the spread in the second game. If it were that simple, we’d all have huge bankrolls. Instead, bettors should keep the following in mind.

When an NBA team has back-to-back games, usually at least one is on the road. That means you have to take a team’s travel schedule into account. Is it a short trip? Does a team have to travel across the country?

Bettors should also consider the travel schedule just before the back-to-back. There are times when NBA teams will play three games in four days or four games in six days. Travel can have an effect on players. That’s where a look at some history will help too.

In the 2021-22 NBA season, Phoenix went 10-4 in the second game of a back-to-back. NBA champion Golden State went 10-5. Charlotte went an NBA-worst 2-13 in such games. Some teams can handle the stress of playing on consecutive nights; others cannot.

Bettors should take into account each team’s style of play. A team may struggle, for example, if the previous game was extremely physical or fast-paced. If a team won on the first night by a big margin and was able to rest its starters in the fourth quarter, it’s likely they will be better rested for the second night.

Teams that play a fast-paced brand of basketball might find it difficult to keep up that intensity for two consecutive nights. Depth will also play a role in how well a team can navigate playing two games in a row. Teams that can go deeper into their bench and get quality minutes typically do better in back-to-back games.

One of the most important pieces of information for the NBA bettor is the injury report. When betting on back-to-back games, checking the injury report is an absolute must. In today’s age of load management, it’s not unusual for players to be held out of a game. Of course, there may be injuries as well.

Once again, depth is a key factor when playing on consecutive nights. Teams that have strong depth and quality players coming off the bench generally have more success.

Smart bettors know that the betting public is wrong a lot more often than they are right. In the case of back-to-back games, it is worth a look at what the public is thinking. The public will too often draw conclusions based on preconceptions. We know that the public likes favorites, star players, and more.

Recreational bettors will overreact to things like injuries and, in this case, to teams playing on back-to-back nights. It’s worth a look at what the public is thinking to consider the contrarian angle.

Smart bettors should also take a look at some real data. The NBA has tried to reduce the number of back-to-backs that teams play. The average now is between 12 and 13 each season. That’s down from between 19 and 20 about five years ago.

Since 2004, teams playing the second game of a back-to-back have won against the spread 49.7 percent of the time. That’s about what one would expect. However, you can break this down and find an advantage. Since home-court advantage is often overvalued, road teams have an advantage here. There is also an advantage early in an NBA season when teams aren’t as fatigued from the grind of the season.

Road teams playing a back-to-back early in an NBA season (within the first 12 games) have won 57.7 percent of the time ATS since 2004. That’s significant enough for bettors to take note.