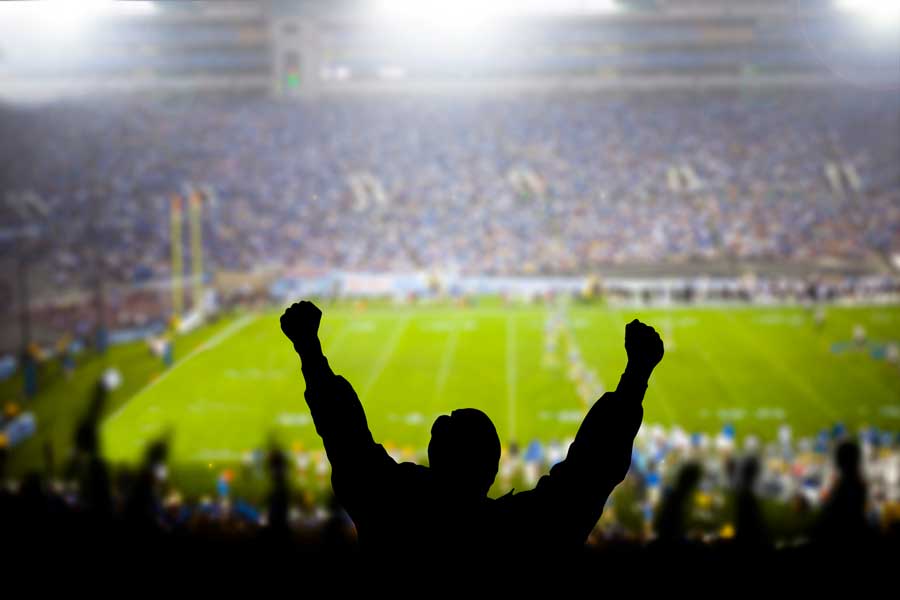 The National Football League is unique – unlike the other major American sports leagues, the NFL football season ends in one big game. It’s an event that has become somewhat of a holiday in the United States and, increasingly, around the world. On one fateful Sunday in February, everything stops so fans can witness the spectacle live.

Some of the best NFL games of all time have occurred with the league championship on the line. Below, we’re reliving some of our favorite football moments by breaking down five of the best championship games in NFL history.

The Cardinals weren’t anyone’s preseason pick to be in the Big Game, but they made their presence felt by giving the Steelers a run for their money. Larry Fitzgerald became a household name with some big plays, and Kurt Warner added to his Hall of Fame resume. However, it wasn’t enough to beat the strategies the Steelers came up with, particularly a James Harrison pick-six just before halftime and a Santonio Holmes touchdown catch to give the Steelers the win.

As hard as it is to believe now, there was a time when the nation was firmly behind the underdog Patriots. In the post-9/11 fervor, the Patriots and their unknown quarterback Tom Brady struck a chord with much of America, going against the high-flying Rams offense. The world got a glimpse of what Bill Belichick would be capable of in New England, and the Patriots won the first of their record-tying six NFL championships.

What if Scott Norwood didn’t push his potential game-winning field goal wide right? It’s possible that Buffalo’s four years of appearing in the championship game would have looked entirely different. Alas, this was another defensive mastermind by Belichick (the defensive coordinator for the Giants at the time), as he shut down the offensive-minded Bills by the slimmest of margins.

In the final game of the Patriots’ 2007 season, they faced the Giants, who gave them all they needed to secure a perfect season record. While the Giants didn’t win that regular-season game, they developed the confidence necessary to know they could beat a team that many consider the best in NFL history. This led to their triumphant win over the Pats in the 2008 championship. Everyone remembers the David Tyree helmet catch, but it was a Plaxico Burress touchdown catch that did the Patriots in – along with a stellar performance by the Giants’ defense to keep Tom Brady and Randy Moss in check.

There have been bigger comebacks. There have been closer margins of victory. But no NFL championship game has combined big plays, high-level football, and nail-biting moments like this one. Most people remember the game’s final play when they think of this matchup – Seattle’s decision to pass from the goal line instead of running the ball with Marshawn Lynch will be debated until the end of time. However, what can’t be argued is this game’s stature as the greatest championship event in NFL history.

The return of football might be months away, but it’s never too early to start preparing. Oskeim Sports is here to provide all of the NFL picks and predictions you need to make smart bets this season. Contact us for more information about our sports betting packages!