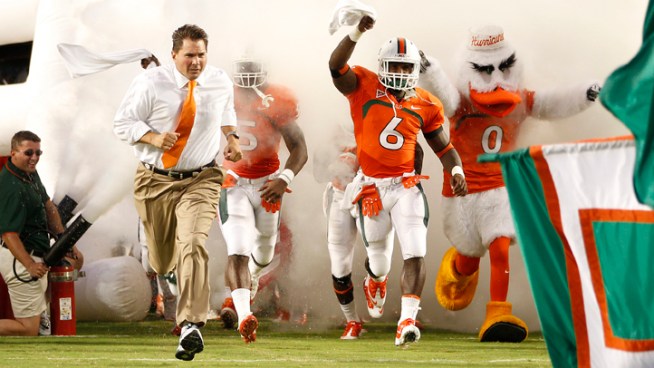 It appears as if Al Golden has his best team yet in Miami as the Hurricanes are 4-0 SU and 3-1 ATS this season, including an impressive 21-16 upset win over Florida as three-point underdogs. There is a legitimate chance that Miami will be a perfect 7-0 before facing Florida State on November 2, and I believe the Hurricanes have the talent to compete in that game.

Miami is averaging 45.2 points per game on 5.6 yards per rush play, 9.5 yards per pass attempt and 473 total yards (7.2 yards per play; 10.5 yards per point). Overall, the Hurricanes are 0.7 yards per rush play, 2.2 yards per pass attempt and 1.3 yards per play better than average offensively in 2013. “We’re trying to build and we have a lot of guys on our team that have been growing and building,” said Miami coach Al Golden, whose team went 7-5 in 2012. “To be honest with you, we went through that year last year and we were fortunate enough to scratch and claw and get to seven wins. … It was tough to look at a lot of times, but clearly a lot of those guys have grown up.”