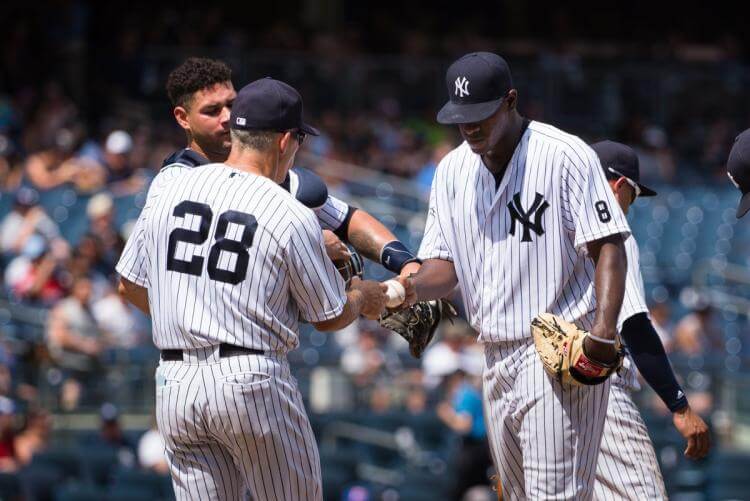 I have always liked Tampa Bay right-hander Matt Andriese, but he is off to an extremely disappointing start to the 2017 season. After going 0-1 with a 6.75 ERA in four spring training appearances, Andriese allowed five runs and seven hits in four innings against the Blue Jays last Friday.

Those struggles are likely to continue tonight versus the Yankees against whom Andriese is 1-2 with a 7.43 ERA and 1.80 WHIP in three career starts.  The American League is stacked with potent offenses so a pitcher like Andriese needs to paint the corners in order to have success.

In two starts against New York last season, Andriese yielded a combined seven earned runs on 14 hits in just ten innings of work. Tampa Bay’s bullpen has imploded away from home in 2017, posting a 13.50 ERA and 3.00 WHIP.

New York right-hander Luis Severino had a terrible sophomore campaign wherein he posted a 5.83 ERA and 4.48 FIP in 71.0 innings with the Yankees. The 23-year-old focused on improving his fastball command during the offseason, and I expect Severino to have a season commensurate with his 2015 debut (2.89 ERA; 3.72 xFIP).

After settling down in the latter half of last season, Severino’s slider generated an above league-average 14% whiff rate. Severino also induced a 46% ground ball rate with his changeup in 2016.

I also like the fact that the home team is 5-1 in umpire Todd Tichenor’s last six games behind the plate and the Yankees are 5-1 in their last six home affairs with Tichenor calling balls and strikes.

With New York standing at 5-1 in its last six home games in this American League series, take the Yankees as Oskeim Sports’ Free Pick for Thursday, April 13.