Air Force is the Most Improved Team in College Football 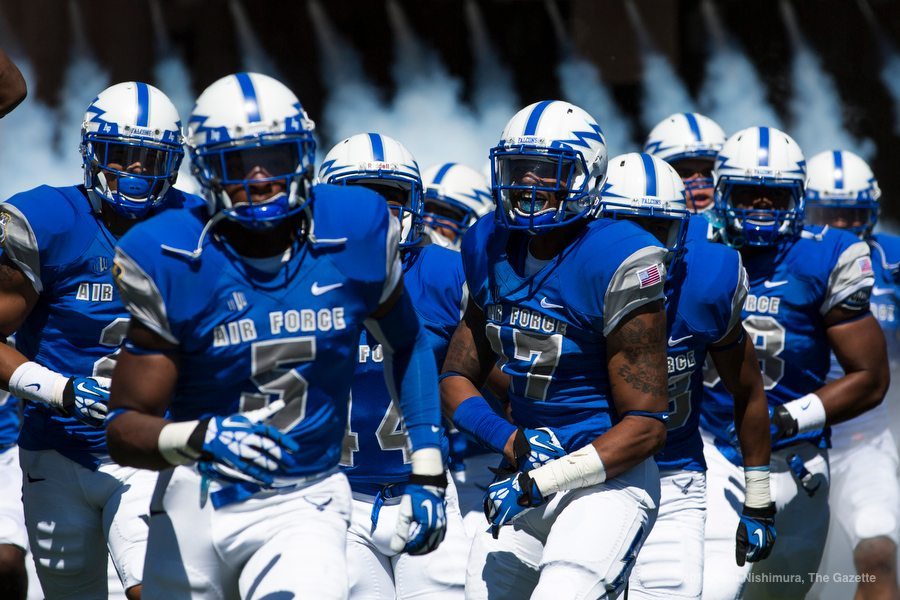 Air Force head coach and alumni Troy Calhoun led the Falcons to six consecutive bowl appearances before last year’s disappointing season wherein Air Force was winless in the Mountain West Conference.  Air Force fans would like to forget about last season’s nightmare wherein the Falcons allowed a school-worse 490 yards per game and 40.0 points per game.  2014 brings with it hope and optimism for coach Calhoun as the Falcons return sixteen starters, including a good number of upperclassmen.  Based on everything that I have looked at with regards to this year’s Air Force squad, the Falcons are the most improved team in college football.

The quarterback position was a revolving door last year as four different Falcons found themselves behind center at some juncture of the season.  Kale Pearson was lost in the opening game of the season, Jaleel Awini was ultimately dismissed from the program, Karson Roberts suffered a concussion against San Diego State and true freshman Jerod Evans tore his ACL in a JV game in October!  Nate Romine is this year’s projected starter after throwing for 603 yards and rushing for 205 yards in limited action last season.

Romine is the beneficiary of an excellent Air Force offensive line that is expected to improve upon last year’s disappointing numbers despite losing three starters in Moshood Adeniji, David Lore and Jerry Henry.  The backfield is anchored by fullback Broam Hart, who was the team’s second-leading rusher and tailback Jon Lee, who was the Falcon’s third-leading rusher.  The big loss for Air Force is star running back Anthony LaCoste, who led the team with 890 yards at 6.6 yards per rush attempt in 2013.  Every key wide receiver returns in 2014, but this remains an underwhelming unit overall.

From a defensive standpoint, Air Force takes the field with the most improved linebacking unit in college football. The entire linebacking corp. returns from last year, including eight players who started at some point during the season. After allowing a program-worst 40.0 points per game, I expect significant improvement from this unit in 2014.  Air Force also had the worst rush defense since 1978 after yielding 251 yards per game (5.1) last year, but the Falcons enter the 2014 campaign with the most veteran defensive line since 2009.  Like its wide receiving unit, Air Force’s secondary is nothing to write home about and is clearly the weak link on the defensive side of the ball.

Air Force is one of the most experienced teams in the nation with sixteen returning starters, and the Falcons have a legitimate chance of landing in postseason play for the sixth time in seven years under coach Calhoun.  I have no hesitation is labeling Air Force as the most improved team in college football this year.