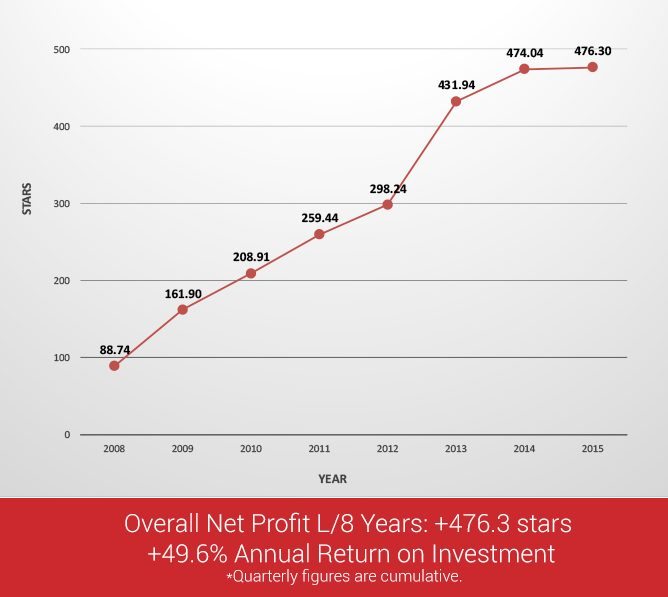 Oskeim Sports believes that the optimal bet size for a wager is predicated upon the projected edge for said bet. Over the course of a season, there will be a certain number of games that dictate larger investments based upon the confluence of handicapping angles. While a vast majority of professional sports bettors risk 1% to 2% of their bankroll per game, almost all successful bettors are willing to risk upwards of 4% of their bankroll when they determine the edge dictates such an investment.

The key is to find a professional sports investment firm like Oskeim Sports that possesses the skills and resources required to recognize when an investment is worthy of your hard-earned money.

The Inherent Nature of Variance Requires Discipline
The ability to manage one’s bankroll is just as important as finding winning bets, which is why most professional bettors understand and appreciate the inherent nature of variance in sports betting. Throughout the course of a season, there will be winning streaks and losing streaks, some of which are based upon random variance. However, it is how the sports bettor reacts to such streaks that determines who will be successful long-term.

Staying emotionally-level during these streaks is imperative to the overall success of a serious sports investor. In other words, do not get too high during an exciting winning streak, or too low during a frustrating losing streak. Possessing realistic expectations, discipline and sound money management principles are critical attributes of a profitable sports bettor.

It is important to emphasize the fact that Oskeim Sports will not win every day, week or even month, but our sports investment firm has out-performed the investment industry for nearly a decade.

The Ability to Obtain the Best Lines/Odds
In order to maximize one’s return on investment, it is critically important to have a number of outlets in which to place your wagers. Oskeim Sports strongly recommends all of the “A”-rated sports books at SportsbookReview.com.

Procuring the best line will enable you to optimize your results over the period of weeks, months and/or years, which is the overall goal of any sports investor. In short, shopping for the best lines is a key component to being a successful sports bettor.

Market Timing and Beating the Closing Number
The goal of any investor, including sports bettors, is to enter the market at the optimal time. Market timing determines whether a sports bettor will secure the best price (i.e. odds), which is indicative of a profitable investor. When Oskeim Sports releases a sports pick, clients should immediately bet that selection in order to guarantee optimum line value.

The betting market often agrees with Oskeim Sports, which means that members need to be vigilant in acting in a timely manner to maximize line value and overall profit.  The vast majority of sports bettors ultimately fail because they do not adhere to proper principles of money management.  Consider the following two propositions:

Proposition A: An investment banker offers you a chance to risk 50% (or more) of your hard-earned retirement portfolio on a stock that experts say has a 40% to 45% chance of failure. Now, most people would scoff at this proposal and walk away, yet the majority of sports bettors are risking 50% (or more) of their hard-earned capital on a random Monday Night Football game or some west coast NBA game. 95% of sports bettors fail because of illogical and ill-advised money management.

Proposition B: Oskeim Sports offers you an opportunity to generate a Return on Investment exceeding all other investment paradigms by simply giving you a 10% advantage on your sports picks. Let’s assume that you bet $100 per game and make 500 bets over the course of one year, which is approximately the number of sports picks Oskeim Sports averages each trading year. By virtue of the 10% edge provided by Oskeim Sports’ expert advice, which is a very conservative estimate based upon its historical results (near 61%), your bankroll would reach approximately $5,000 after 365 days.