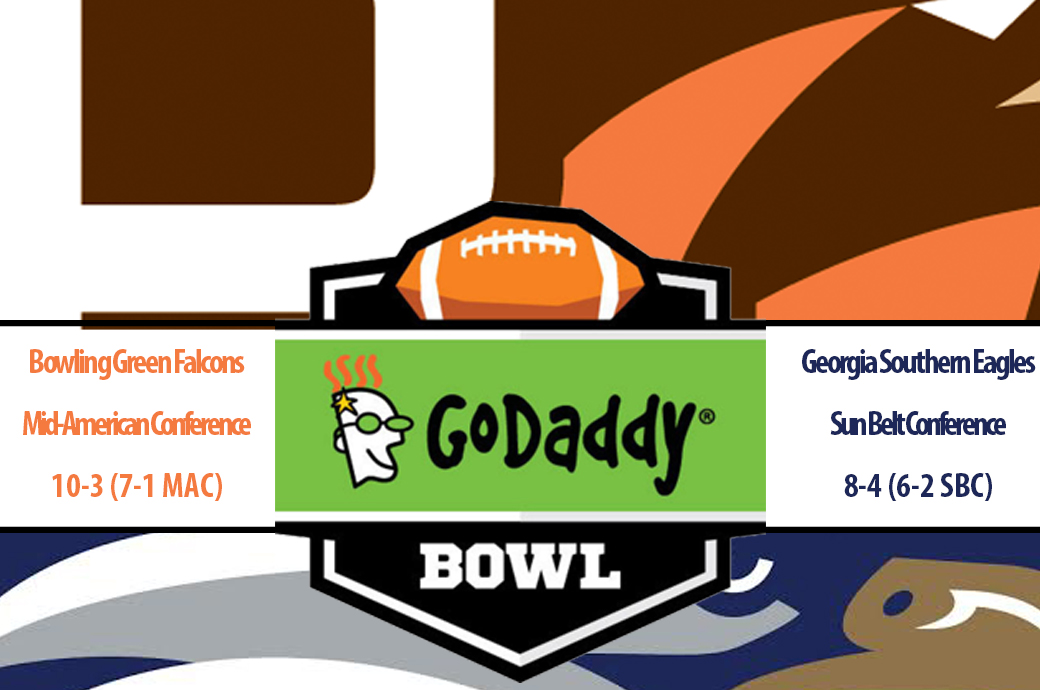 Georgia Southern entered the 2015 football campaign with one of the best college football coaches in the nation in Willie Fritz. Prior to arriving in Statesboro for Georgia Southern’s inaugural FBS campaign, Fritz was taking Sam Houston State to consecutive National Championship games.

Fritz put together a 40-15 record during his four-year tenure (2010 to 2013) with the Bearkats. Prior to his stay in Huntsville, Fritz amassed a 39-5-1 record and won two NJCAA National Titles as the head coach at Blinn College between 1993 and 1996. Fritz has 193 career wins at the collegiate level, which is tied with Kansas State’s Bill Snyder for fourth-most among active head coaches.

Georgia Southern joined the Sun Belt Conference last year and proceeded to compile a perfect 8-0 record in league play, while also finishing 9-3 overall in Fritz’s first season in Statesboro. The Eagles’ success at the FBS level did not come as a surprise as they won six national championships at the FCS level and captured ten Southern Conference titles between 1992 and 2013. Georgia Southern won its home games last year by an average of 46-18 and defeated all four FBS opponents at Paulson Stadium.

Here is the bad news for Georgia Southern fans: Fritz was hired by Tulane to become its new head football coach on December 12. “I am very excited about the opportunity to lead the Tulane football program and be a part of such a prestigious academic institution,” Fritz said. “New Orleans and the surrounding areas are a hotbed for high school football and I look forward to the challenge of building Tulane into a consistent winner.” With Georgia Southern preparing for the GoDaddy Bowl on December 23, Director of Athletics Tom Kleinlein recently announced that Dell McGee would be the team’s interim head coach for the Eagles’ bowl game.

“I’m honored that Tom Kleinlein has the faith in me to lead this program for the GoDaddy Bowl, McGee said. Our main goal is to prepare our kids for the bowl game as we look forward to Georgia Southern experiencing its first bowl game. I’m privileged to be leading this group of players and coaches and we’re going to try and keep everything the same for these next 10 days. The plan that’s in place is a great plan and it will continue.”

Bowling Green will also be without its head coach for the bowl game as Dino Babers was hired by Syracuse earlier this month to become its new head coach. Shortly after his sudden departure, Bowling Green announced that defensive coordinator Brian Ward would lead the Falcons in the GoDaddy Bowl. Upon the final whistle in Wednesday’s bowl game, Ward will leave to become Syracuse’s new defensive coordinator so one has to question the level of motivation in the Falcons’ locker room.

Georgia Southern’s triple-option offense has undergone a modest change under Fritz to include more Pistol and spread formations like those utilized by both Auburn and Nevada. The changes seem to be having a positive affect as the Eagles ran the ball 642 times last season for 4,573 yards and 55 touchdowns. The ground game is led by dynamic tailback Matt Breida, who led the team last year with 1,485 yards and 17 touchdowns as a sophomore and garnered 1,540 yards at 8.1 yards per rush attempt this season.

People may also be surprised to learn that Georgia Southern also possesses a very good defense that is allowing 5.4 yards per play to teams that would combine to average 5.8 yards per play. The Eagles’ defensive strength is against the run where they are yielding 3.9 yards per rush attempt to a group of running backs that would combine to average 4.6 yards per carry. Georgia Southern matches up well against the Falcons’ ground attack that is 0.5 yards per carry better than average.

The Eagles’ stop unit held four opponents to season-low yardage and finished ranked #11 in the FBS by allowing 90 yards per game less than their foes averaged. The question is whether the Eagles will be able to contain a potent Bowling Green aerial attack that is 1.5 yards per pass play better than average (8.7 yards per pass play against teams that would to allow 7.2 yards per pass play).

Georgia Southern’s secondary has been mediocre all season so I expect the Falcons’ to have a lot of success through the air on Wednesday. Overall, Bowling Green’s offense possesses a 0.8 yards per play advantage over the Eagles stop unit. Both teams should move the ball effectively in this game, which will result in a high-scoring affair. For that reason, I also like the OVER 66 points (opened at 65 points at Cris and 66 points at Pinnacle).

From a technical standpoint, Georgia Southern is a profitable 10-2 ATS in its last twelve non-conference games, 10-3 ATS in its last thirteen games off a loss by more than 20 points and 20-8 ATS in its last 28 games overall. The Eagles will also be excited to play in their first bowl game, whereas the Falcons have not faired well in postseason play, posting a 1-3-1 ATS mark in their last five bowl appearances.

Finally, Georgia Southern should have the crowd advantage as its campus is only 388 miles away from Ladd Peebles Stadium in Mobile, Alabama. The Bowling Green faithful will have to travel 778 miles in order to see the Falcons play in the less-than-inspiring GoDaddy Bowl.

Take the more motivated underdog in the GoDaddy Bowl and invest with confidence.