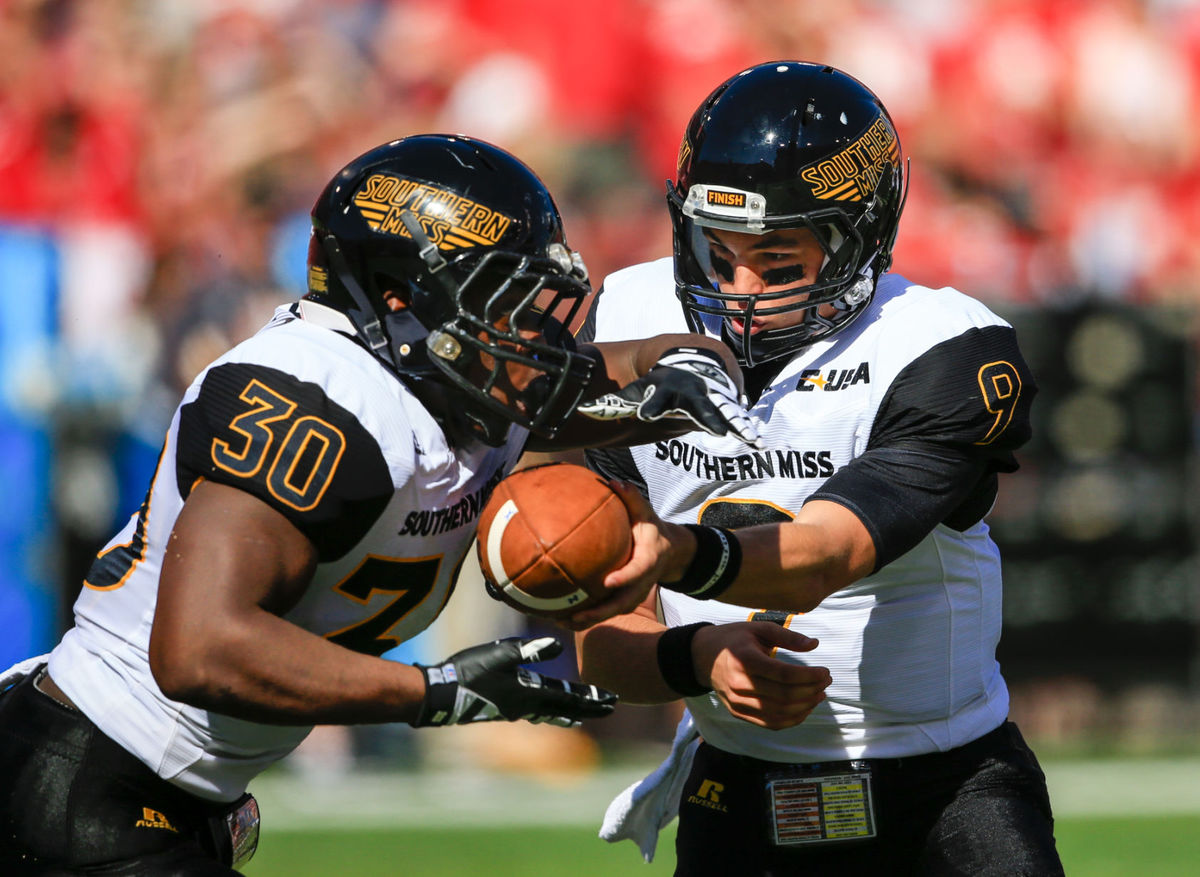 Southern Mississippi head coach Todd Monken has done a tremendous job in his third year in Hattiesburg, resurrecting a program that compiled a 4-32 record over the last three seasons to a 9-3 mark in 2015 and a chance to play for the Conference USA Championship. The Golden Eagles are a profitable 10-2 ATS in their last twelve games overall, including 6-1 ATS in their last seven road games and 4-1 ATS in their last five games off a win. Meanwhile, Western Kentucky is just 3-7 ATS versus teams with a winning record.

Southern Mississippi is also coming off an impressive 58-24 road win over Louisianan Tech as five-point underdogs, which is significant in that the Eagles are 27-12 ATS on the road following a win by 21 or more points and 16-3 ATS after gaining 475 or more yards in their previous game. Offensive coordinator Chip Lindsey has his unit humming on all cylinders as the Eagles are averaging 41.7 points and 535 total yards per game at 7.1 yards per play against teams that would combine to allow just 6.1 yards per play to a mediocre offensive squad.

Western Kentucky’s stop unit has been mediocre all season (5.5 yards per play to teams that would combine to average 5.5 yards per play), but the Hilltoppers’ subpar secondary will be exploited by Southern Mississippi’s potent aerial attack. Western Kentucky also lost senior defensive back Wonderful Terry last week to an ankle injury. Terry had played in ten games this season, compiling 26 tackles and two interceptions.

There won’t be a lack of offensive fireworks in this game as Western Kentucky also fields an explosive offense that is averaging 44.2 points and 520 total yards per game at 7.3 yards per play against teams that would combine to allow 5.7 yards per play. The Hilltoppers’ ground game suffered a significant loss when senior back Leon Allen went down with a season-ending knee injury back in September. Allen ran for 1,542 yards at 5.7 yards per carry with 13 touchdowns last season, while also catching 51 passes out of there backfield for 476 yards at 9.3 yards per reception.

Allen had the second most carries and the third most rushing yards in Conference USA last year, while also ranking 5th nationally in plays from scrimmage and 7th in yards from scrimmage. Needless to say, Allen’s injury has left a substantial void in Western Kentucky’s ground arsenal. However, the Hilltoppers’ passing game has been nearly unstoppable, averaging 361 yards per game at 9.5 yards per pass attempt against teams that would combine to allow 7.2 yards per pass play.

While Southern Mississippi has the better defense in this game, the Golden Eagles will struggle to stop Western Kentucky’s hire-powered attack. The good news for Defensive Coordinator David Duggan is the fact that his secondary has been solid this season, allowing 6.1 yards per pass attempt to quarterbacks who would combine to average 6.5 yards per pass play.